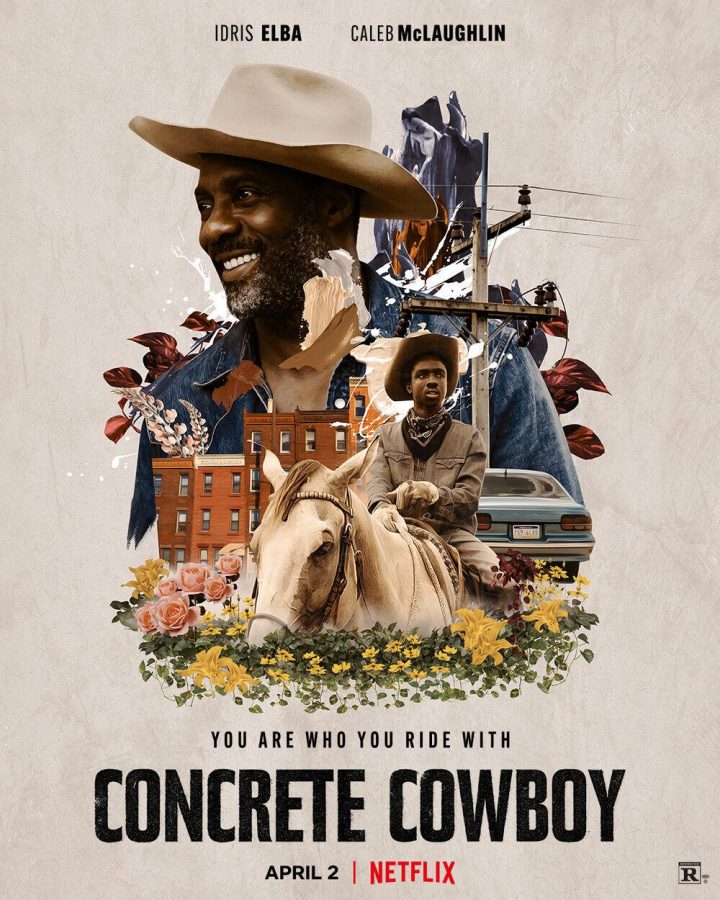 Concrete Cowboy is a Netflix original movie based on the novel “Ghetto Cowboy” that stars Idris Elba and Caleb McLaughlin.

The story starts when a rebellious teenager, Cole (McLaughlin), can’t control his temper and is sent to live with his estranged father (Elba) in Philadelphia. Once there, he enters his father’s close community of Black cowboys, develops a work ethic and connects with the extended family he didn’t know he had.

It’s important to remember that black voices and stories not only matter, but should also be celebrated and amplified. The subculture of urban Black cowboys has existed in north Philadelphia for over a century. Not only is it a coming of age film, it is also educational.

Concrete Cowboy was especially empowering to me because it included people who are a part of the real Fletcher Street Urban Riding Club. By including members of the Fletcher Street riders, the film gives a voice to the people the story is really about, making it more genuine.

It was also nice to see McLaughlin come out of his shy Stranger Things character and develop into a more significant role that pushed his acting boundaries.

Although the plot is a little slow moving at times, Concrete Cowboy shines a light on a community that I didn’t know much about, and the incredible cast and wholesome story make it worth a watch.