Netflix's newest documentary reveals the darker side of the college admissions process. 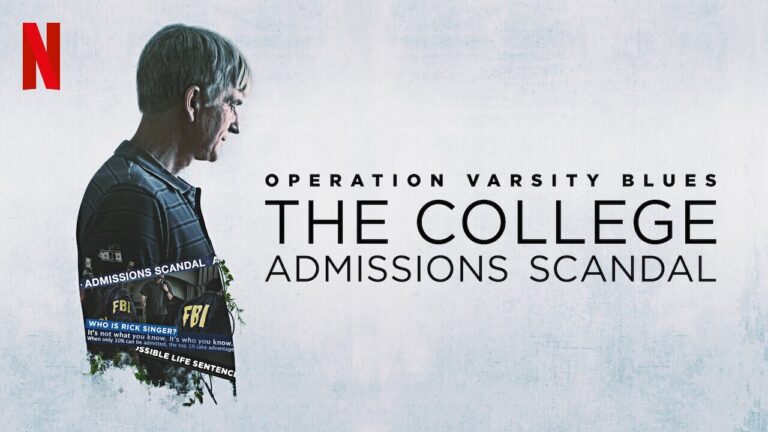 Admissions season. A time when high school seniors around the country are waiting with bated breath to hear back from the schools they applied to. Finally, the day arrives that will forever stick in their memories, whether good or bad.

Get in, and you feel deserving, your four years of work having finally culminated. Get rejected? Well, at least your spot went to someone who deserved it… right? Netflix’s latest documentary (conveniently released as seniors are refreshing application portals themselves), reveals another side to this process, one that is exclusive to only the rich.

In Operation Varsity Blues, Director Chris Smith (Fyre) pulls back the curtain on college admissions mastermind Rick Singer and his elaborate schemes that funneled the children of America’s elite into the schools of their dreams.

Singer, played by Matthew Modine in reenactments pulled from F.B.I. wiretaps, uses a variety of ruses and connections in order to gain access into the places that give out the coveted degrees that CEOs, law firm partners, and microwavable foods heiresses are willing to pay through the nose for.

Singer’s “side door” approach differs from the typical methods of applying and being accepted to a school, which are presented as either actually being smart or donating a building (with the latter only giving the applicant a second look). For those who don’t want to take an honest route, Singer creates a “guaranteed” system, one that sneaks by admissions deans nationwide.  With a litany of members of society’s upper crust willing to pass a couple thousand dollars Singer’s way, all it takes are a phony standardized test score and a photoshopped image of the prospective student taking part in whatever overlooked sport they participate in to gain entrance to the school.

To give a taste, there are fabricated Georgetown tennis players, fictitious members of the Yale soccer team, along with a string of spurious Stanford sailors. Singer, targeting primarily niche, under-the-radar sports at prestigious universities, pulls off his most notorious feat by getting former Full House actress Lori Loughlin and fashion designer Mossimo Giannulli’s daughter into the University of Southern California as a member of the rowing team, despite the fact that she had never done crew before in her life.

Sitting somewhere between a critique and a behind-the-scenes look at how admissions work for the one percent of the one percent, Smith’s storytelling seems to work. Modine is scarily identical as Singer, painting a picture of a seemingly soulless individual who knows how to play the system.

Everyone loves to see inside the lives of the rich, and no matter how morally twisted it is, Varsity Blues is no exception. The viewer is transported off to the Hollywood Hills or the coves of Connecticut, places where flows of cash make rules magically not apply.

For those who were placed on waitlists or were denied to their dream school, this can be a tough watch. College is built up to be a place where merit is the deciding factor, a place where entrance can mean a ticket out of one world and into the next. Varsity Blues brings this fantasy crashing down, with the realization that, at the end of the day, the rich will continue to get richer.

As seniors open fateful emails and burst into tears of joy or despair, the idea that their spot at a school was snatched up by someone who was simply willing to pay more than them is a crushing feeling. Varsity Blues adds salt to this wound by reminding the viewer that, despite how hard one tries, there’s always someone whose money will open doors for them without all the hard work. 7/10.