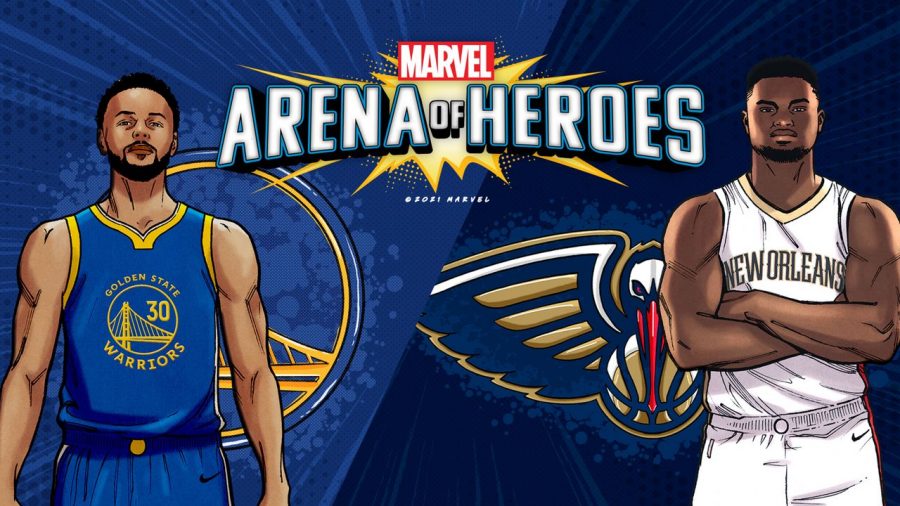 On Monday, ESPN telecast their first of evidently several Marvel-inspired “Arena of Heroes” NBA games. The first installment of these games was between the Golden State Warriors and the New Orleans Pelicans.

In an effort to hook a younger generation of fans, the NBA tied three players per team to specific Marvel characters, added an overall plot beyond the game, and used commentary linked to the Avengers.

If you are a Marvel fan, you most likely appreciated the catch phrases used by the commentators after fantastic plays. For instance, after Steph Curry made a three, one of the broadcasters mentioned that “he is inevitable.”

The stream also featured an interview with the newest Captain America, Sam Wilson (Anthony Mackie). However, the broadcasters made some Marvel IQ mistakes. For example, one of the broadcasters called Captain Marvel Mrs. Romanoff, who is actually Black Widow.

If you are a basketball purist, you probably either didn’t tune in this alternative broadcast, or if you did, probably changed the channel after the first quarter. It was very clear after the first couple of minutes of the game that the broadcasters were going to be more invested in “hero points” than actual points scored in the game.

Even the players seemed to get into the hero aspect, having conversations in the locker room about standings and giving their kids bragging rights.

Overall, the broadcast was pretty enjoyable. ESPN made it clear that this game was going to be one of many “Arena of Heroes” games played. The first game was as good as advertised,  but the second game will be pivotal in the direction that basketball and Marvel fans alike feel about the series.