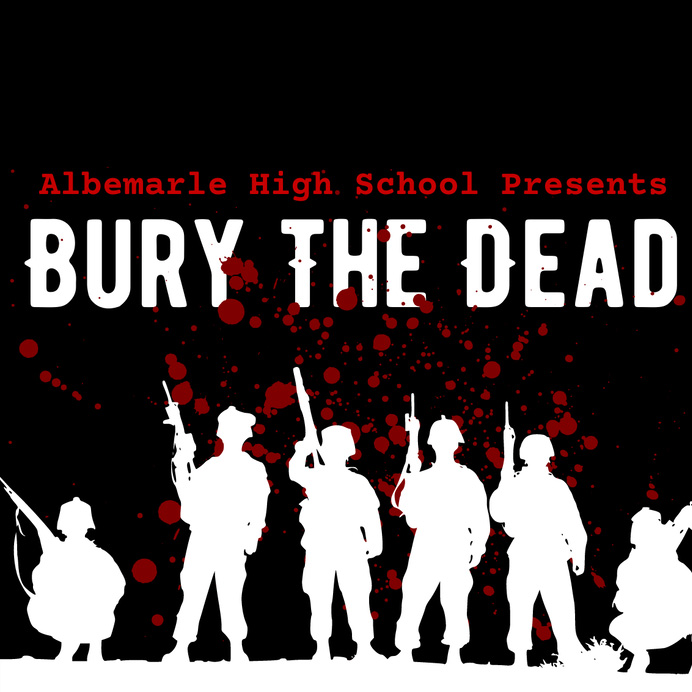 Digging into the horrors of war, the AHS Players will be showcasing their talents in a production of Bury The Dead. Touching on topics such as life, love, and death, this production will feature an ensemble cast to bring this drama to life.

“Bury The Dead is an expressionist anti-war drama written in 1936 that follows the story of six dead soldiers from an unspecified war who rise from the grave and refuse to be buried,” junior Atlas Richardson, who plays Joan Burke, said, “It’s a play about the atrocities of war, the state of humanity when they are locked in a conflict, and how the lives of many should not be decided by an elite few.”

Entering his second year teaching drama at AHS, director Salvatore Giordano was inspired to choose Bury The Dead because of his personal experience with the play. “I read this play a long time ago, and I remember really liking it,” Giordano said.  “When it came around to thinking of something, it has always been in the back of my mind of what I wanted to do.”

There are around 37 people in the show, featuring an ensemble cast of varying roles. Students have been rehearsing since the beginning of October for their performance. “It is overall a very rewarding experience. We have an amazing script and a wonderful cast and crew working to bring it to life,” Richardson said.

“The play has a definite message and has a playwright that has things to say about society and what was going on at this time,” Giordano said.

Giordano hopes students come away from watching the play, “really understanding what the playwright’s message is.”

“I hope the audience will get the sense of tragedy and moral injustices presented in the play. The script makes its point very clear: life should not be taken violently from men in a war that they had no part in starting, and I want the audience to walk away with this message in mind,” Richardson said.