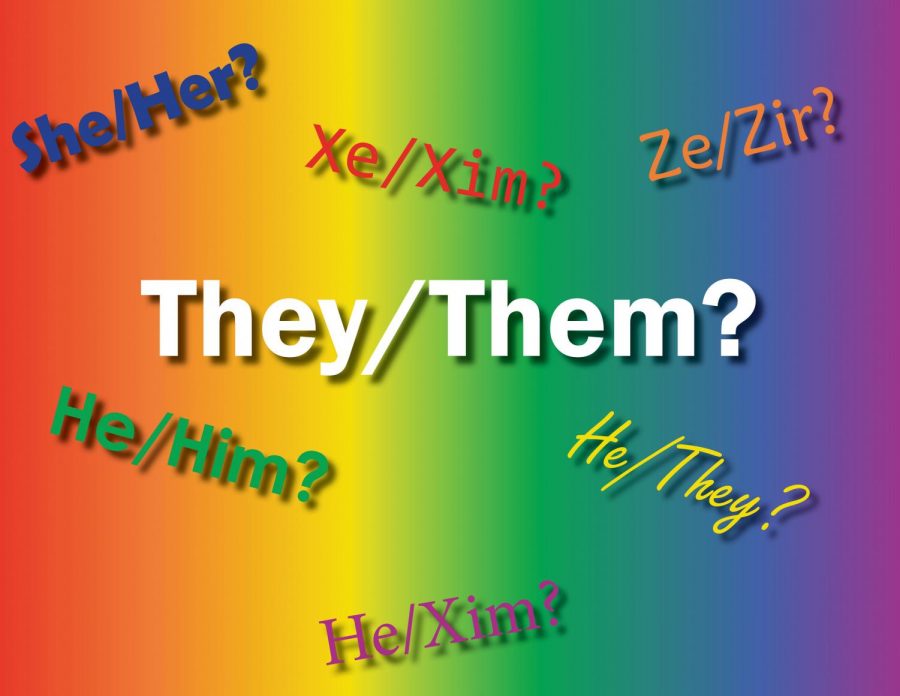 Using people's preferred pronouns doesn't have to be difficult. When in doubt, just ask.

Recently, there has been increasing level of visibility for non-binary folks, with celebrities such as Demi Lovato, Sam Smith, and Amandla Stenberg coming out as non-binary.

As more and more become aware of the genderfluid, trans non-binary, and transgender members of the LGBTQ+ community, there has also been an increase in questions referring to pronoun usage. Many people wonder: how do I use someone’s pronouns? Should I be asking for someone’s pronouns? What should I do if I accidentally misgender someone?

Respecting peoples’ pronouns is extremely important. Validating and respecting someone’s gender identity creates a safe and welcoming environment for all. In order to respect someone’s pronouns, you need to first learn about pronouns! Here’s the Run-Down on pronouns!

Let’s begin with the specific pronouns. The pronouns that you are probably most familiar with are He/Him and She/Her. However, there are many other pronouns people identify with and use. One common pronoun is They/Them.

On May 19, singer Demi Lovato announced that they were non-binary and are changing their pronouns. “I feel that this best represents the fluidity I feel in my gender expression, and allows me to feel most authentic and true to the person I both know I am and still am discovering,” they said in a video and series of tweets.

While They/Them might the most popular gender neutral pronouns, others also exist.

There are also pronouns called neopronouns. Some neopronouns include Xe/Xim, Ze/Zir, Fae/Faer, Per/Pers, and Ve/Ver/Vis. The list of neopronouns is extensive, and because many customize and personalize neopronouns, it’s difficult to get a comprehensive list.

Many people also use combinations of pronouns. For example, someone may use She/They, He/They, He/Xim, etc. Using a combination of multiple pronouns can help people feel more validated and comfortable with their gender identity. Amandla Stenberg uses both she/her and they/them.

Now that we’ve learned the specific pronouns people use, let’s discuss why people use the pronouns they do. For so long, She/Her and He/Him have been assumed to be the norm for pronouns. However, there are many people whose gender identity fits outside of this gender binary. That’s where the use of They/Them and neopronouns comes into play. These pronouns that aren’t limited by a gender binary can help people feel more comfortable and seen with their gender identity. It’s all about finding the pronouns that best describe and encompass you.

We’ve learned more about specific pronouns and why people use certain pronouns. Now, what should you do if you accidentally misgender someone? If you misgender someone, apologize to the person. Let them know that you messed up, and that you are sorry for misgendering them. After apologizing, make the effort to not make this mistake again! Apologies are meaningless without action!

If you are comfortable in displaying your pronouns, put your pronouns in your social media bios or your Zoom username can be extremely helpful in creating a welcoming and open space. Also, if you are in a new setting, introducing yourself and then saying your pronouns can have the same effect. By allies putting their pronouns out, this can be a way to normalize the sharing of one’s pronouns.

The growing number of resources available on pronoun information is a great step to creating spaces that are accepting of everyone’s pronouns. To help create these spaces, we all must put in the effort to respect and correctly use peoples’ pronouns.