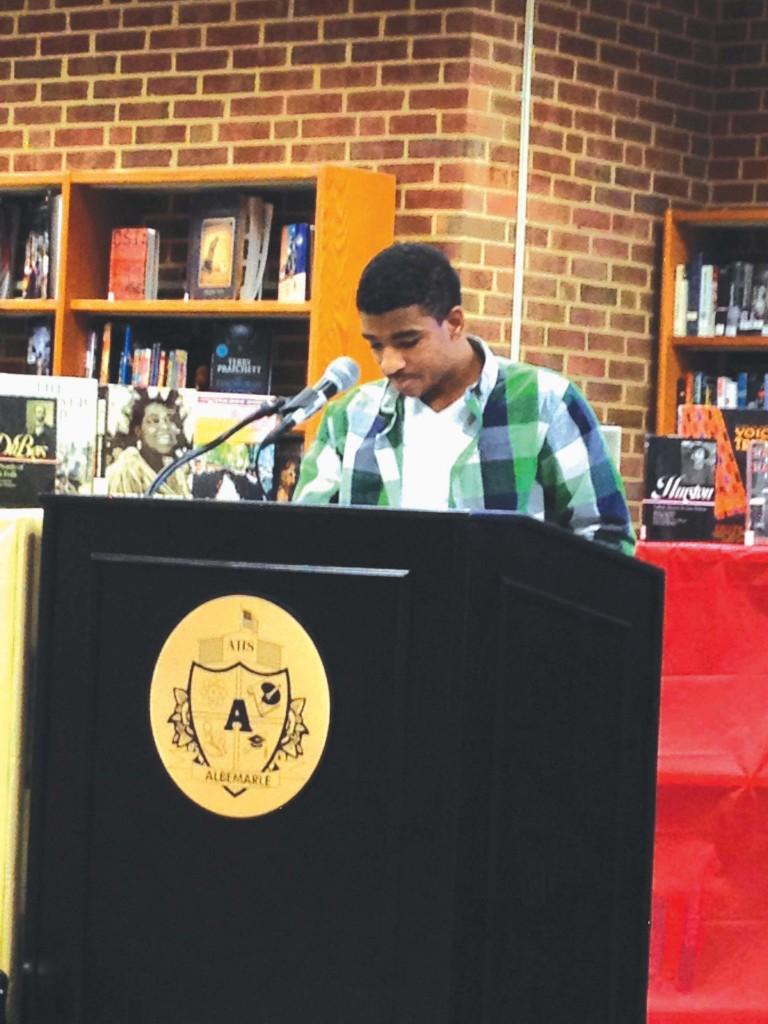 Senior Desmond Jones, a member of the Ethnic Studies class, presents his speech on Malcolm X.

Students filtered in through tight library doors, music greeted them as they chattered and found places to sit in folding chairs as the performers for the day, some clad in casual dress, others in bright traditional clothes and headdresses, fluttered about their makeshift stage to make last minute preparations.

The members of Chihamba, a traditional African dance troupe, performed with lively audience-inclusive dance routines, accompanied by heavy beats on drums, rattling from a maraca fashioned from shells and strings, and some soft, tinny sounds that sang out from a stringed instrument wrapped loosely in decorative scarves.

“I really liked the dancing!” senior Renas Gadow said, “It was neat, I liked how they pulled people up to dance with them.”

The music and dancing came to an eventual close, and was followed up by a recitation of “Let America Be America Again” by Langston Hughes, from gifted education teacher Alexis Mason.

Sophomore Kai Millner chose to speak about Dubois because he, “had seen things about Dubois and wanted to look into him.” In the course of his research, Millner learned that Dubois had been the valedictorian of his high school as well as a journalist.

As a finale, professional violinist Dominic Durham played a number of violin pieces by African-American composers.

“I came to see the violin performance, originally- Dominic is a friend,” sophomore Mateso Bullum said, “But my favorite part ended up being the poems, they taught me something more about African history.”