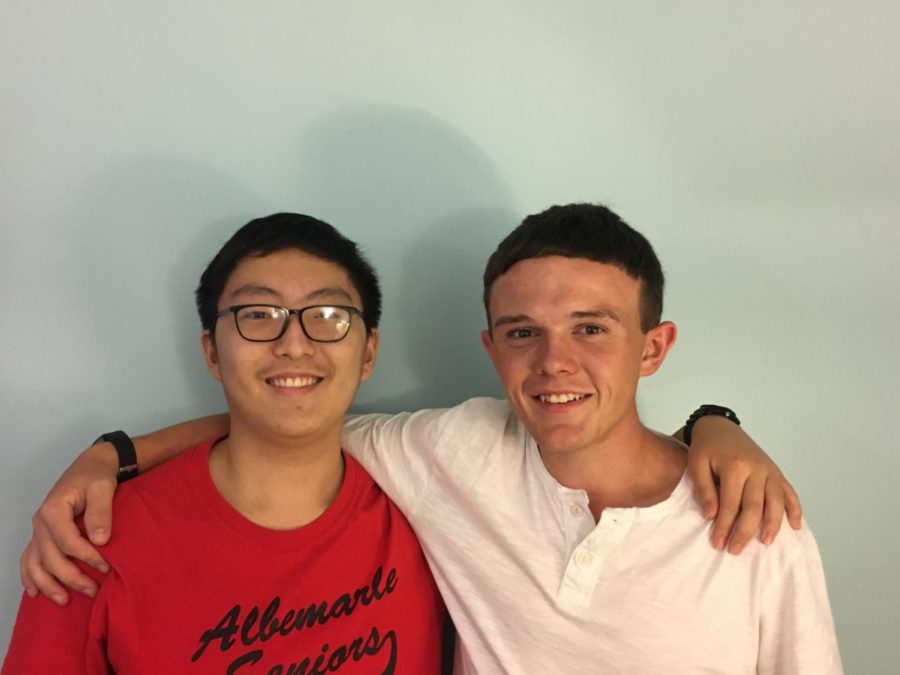 While most of us were lounging by the pool this summer, seniors Henry Forsyth and Jesse Du were coding a robot that can write the alphabet.

Forsyth and Du entered Wonder workshops “Summer ABC challenge” competition, and won. Wonder Workshop is a company that designs robots for kids. Their goal is to bring robots into educational situations, so kids can learn while using robots in a less intimidating situation.

The company wonder workshop sent their robot “Cue” to 15 different school districts nationwide. The goal of the competition was to code the robot to spell out the alphabet.

Forsyth was approached by Robert Munsey, who had taught him at Sutherland, early on in the summer. When Forsyth heard he could pick a partner, he texted Du right away. They have been on the same robotics team for the last year, but good friends for awhile.

“We both have different interests in robotics [Du’s] more computer science whereas I’m more electrical engineering, allowing us to learn and bounce ideas off one another,” Forsyth said.

They took  over 20 hours over the summer to code the robot, combining computer codes into physical codes that could take physical challenges such as wheels and turns into consideration. Most of their time was spent ruining tests on “Cue.”

They even added a part to “Cue” that could tell them how much progress had been made.

The seniors found out they won the competition on Aug. 28.

“I was super excited,” Forsyth said. “I found out during C block of the school day, and I couldn’t focus on school for the rest of the day.”

As a prize,  the boys received a bundle of these robots that typically cost around $200. They were then  given to Albemarle County.

“Going into the project, I knew the prize would go to the County. That’s part of why I accepted the challenge. I wanted to give back to the community, and this felt like something up my ally to do so,” Forsyth said.