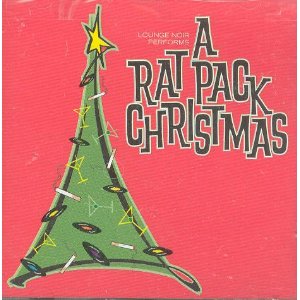 An example of what should be echoing through your toasty home during the holidays.

“What is wrong with Christmas? What could someone possibly hate about Christmas?” I asked myself.

Between the cheer and the affection exuded by all, the gift-giving, the hot chocolate, the excessive amount of cookies and the Christmas ham—which no one really eats but everyone still buys in order to have a “traditional Christmas”—I was stumped.

It took me about a day before it hit me like a reindeer’s antlers to the back: modern musicians interpretation of Christmas carols.

Out of all modern artists, I think the cast of Glee is most notably guilty. Glee’s rejuvenation of “O Holy Night” and “Last Christmas” are sub par. Their covers sound like Kidz Bop Borders Puberty, or–what Glee should have originally been titled–“Teenz Bop.” Its auto-tuned and nasally vocals drain the spirit and character of the carols to the point where it’s just Lea Michele huffing vociferously through the speakers about the struggles of being a lonely teen at Christmas time.

A similarly obnoxious singer, Rod Stewart, has his Christmas CDs selling front row in both Starbucks and Target, persuading me to lose hope in American families’ Christmas traditions. The same man that sings “if you want my body and you think I’m sexy,” now echoes through households everywhere singing “the little Lord Jesus lay down his sweet head,” and whether you’re religious or not, there is no debating, that this is disturbing.

I’ll skip over Old Navy’s Christmas mixes because I am just assuming no one knows about those except for home school mothers and Old Navy employees, thus I address country Christmas: if you’re into country, then take this opportunity to expand your musical horizons because there is so much more out there. Really, there is. Brad Paisley cannot compare to Louis Armstrong by any means.

There are two carols unworthy of being played anywhere. Whether they are covered by Dean Martin or Miley Cyrus, these songs should be shamed as socially unacceptable. First up is “Grandpa Got Run Over by a Reindeer,” a carol that is only featured in obnoxious electric penguins that wave their arms back and forth while wearing a Santa hat. Secondly, “Little Drummer Boy,” with it’s constant “rum-pum-pum-pum-ing” is easily the dullest Christmas song out there.

While “Little Drummer Boy” is naturally redundant and dreadful, Justin Bieber goes above and beyond with a rendition that is beyond appalling. “How dramatic,” you’re thinking, “what a sap that Julia is, bagging on Justin Bieber as if he’s just another whiny teenage white boy with hair better than my own.” But as you mutter to yourself and shake your head because you don’t believe that sweet Bieber could ever sing anything remotely disappointing, go ahead and look up this song. It is actually the worst thing I’ve ever heard. And I used to listen to Baby V.

Bieber even has an accomplice in this atroscity—Busta Rhymes. Rhymes raps phrases such as “Let’s make it hot up in the winter,” and wishes happy holidays to all his “twitter followers”. But his verses do rhyme so it’s good to see that he’s living up to some sort of expectation.

But if I can detest so many artists, even the great Beiber, what do I suggest retail stores and your Pandora station play at this time of year? The classics–The Rat Pack, Frank Sinatra, Ella Fitzgerald, Bing Crosby–all talented artists with depth behind their voices, ones that capture the essence of Christmas. They encapsulate the feelings of Christmas in the way that everyone wants to feel at Christmas time: cheery, thankful and jubilant.

While Michael Bublé has tried to wedge himself into this category, he hasn’t quite made it and therefore I only play his carols as a last resort.

However, despite my protests, I still believe that as far as carols go, each to his own. If you simply cannot grow accustomed to the classically immaculate singing of Sinatra, then by all means blast the kind of carols that make you happy as an individual because Christmas has no room for hate of any kind. Even for me.

Unless it’s country. If it’s country then either break up the CD’s and hide them under the tree or use headphones.