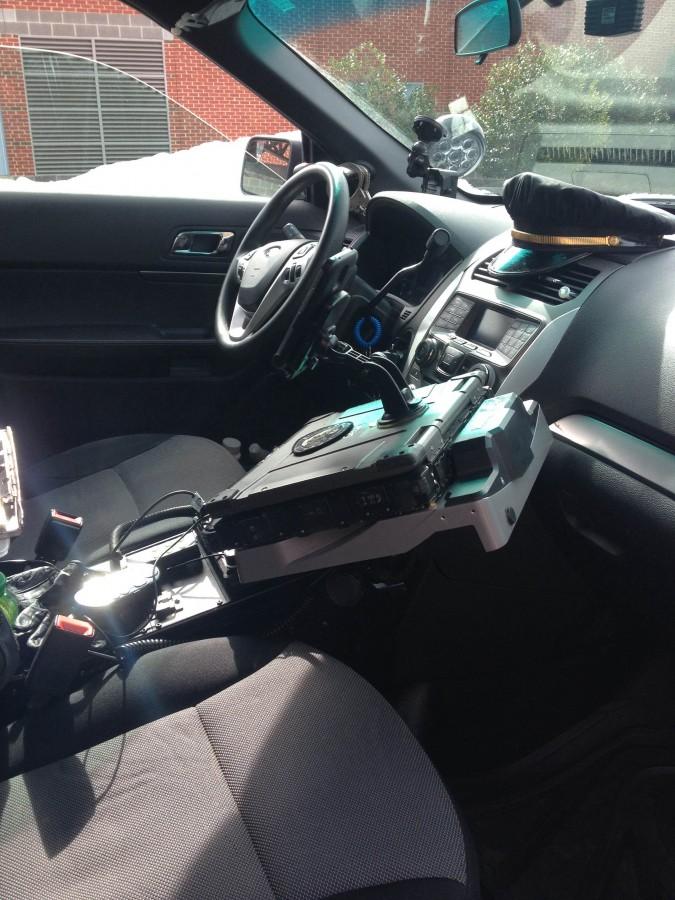 Ever wondered what it was like to be a police officer? Here’s a sneak peak at a piece of their typical day:

7:40a.m. Police Corporal David C. Wallace escorted me to his police cruiser and we began the ride along.

7:50 a.m. Before heading out to patrol for the day, we stopped at the police gas station behind Albemarle High School to get gas.

7:55 a.m. Officer Wallace opened the laptop attached to the police cruiser’s center console and entered in his information for the secure network called FatPot that displays all of the calls that have come into the station and which officers that are handling them.

8:03 a.m. The first call of the day comes in through the radio. There was a domestic disturbance between two family members with a possible physical altercation out in Crozet.

8:05 a.m. As we begin driving towards Crozet, I can hear the officer at the scene communicating over the radio with dispatch to run the driver’s license and wanted status of the people at the house.

8:22 a.m. As we drive along the 250 W and check FatPot for the precise location of the house, Officer Wallace uses the radio to ask dispatch for the description of the hostile person’s vehicle description in case we spot it on our way in.

8:31 a.m. Upon arrival at the property, Officer Wallace determines that the altercation has been resolved, and all officers leave.

8:40 a.m. While we head back to central Albemarle, over the radio we hear the midnight officers checking in with dispatch to finish their shift for the night and head home.

9:10 a.m. Officer Wallace and I begin patrolling the neighborhoods surrounding 29.

9:17 a.m. In the Mallside apartments, Officer Wallace checks the registration of a vehicle with dispatch that has been in a significant crash to make sure the car wasn’t involved in a hit and run, or was stolen. With the registration up to date, and the address of registration confirmed, we continue our patrol.

9:46 a.m. In another neighborhood, Officer Wallace spots a pile of broken glass next to a pickup truck. He gets out of the patrol car to look inside of the truck and around it to make sure there wasn’t a robbery.

9:48 a.m. A call come in through the radio about a domestic disturbance in a local neighborhood.

9:57 a.m.  On the way to the house where the call was placed, Officer Wallace receives a phone call from a fellow officer asking what a family should do when their loved one is in the hospital due to a car crash, but also has a court summons due to the crash. 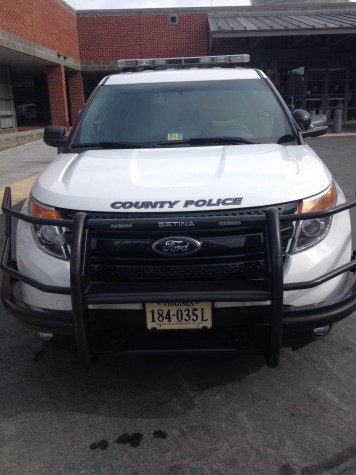 10:00 a.m. We arrived at the house of the domestic disturbance, parked the car, and got out of the car to go up to the apartment. Other officers had already arrived at the scene, so the door to the apartment was open, a broken picture frame could be seen within the home, clothes were crowding the doorway, a baby could be heard crying, and a distressed female was talking to officers within her house who were filling the report. We stood just outside the door to the apartment as backup for the officers within the home.

10:07 a.m. Another call comes in on Officer’s Wallace’s personal radio about a couple of teenagers breaking and entering into an abandoned building. Officer Wallace and I head back into the police cruiser to check it out. By the time we head out towards the scene, another officer that was in closer proximity to the house had found the teenagers and found out that they were just UVa students taking pictures for their art class.

10:23 a.m. Driving around, we find a disabled vehicle on the side of the road next to Agnor Hurt Elementary School. Officer Wallace got out of the car to check the outside of the vehicle for any signs of an accident, and then looks through the window of the car, as well as checking to see if the doors are unlocked in order to try and determine why the car was abandoned.

Officer Wallace gets back in the car to run the license plate number with dispatch, once they get back to him, he checks the phone numbers of the owner and their family members and calls them to try and determine why the car was abandoned and/or if the owner just left it for a little bit and will be back for it.

After getting no response from the owner or their family, Officer Wallace calls in a tow truck to come and remove the car to get it out of the way of traffic.

10:37 a.m. Officer Wallace fills out a form for the Record of Vehicle Towing while we wait for the tow truck to arrive. As Officer Wallace fills out the form, he tells me that this type of police work is more of ‘housekeeping’ work, and that it is boring and a lot of paperwork, but that it needs to be done in order to keep the general public, and especially the elementary students at Agnor Hurt safe.

10:52 a.m. The tow truck finally arrived, and once the abandoned car is hooked up, we head back out to do neighborhood patrol.

11:18 a.m.  When driving South on 29 from Target, Officer Wallace pulls over a Honda Ridgeline to give them a friendly warning that their brake light was out.

11:24 a.m.  Officer Wallace follows a car over the bridge going South on 29 and uses the scare tactic to stop a driver from continuing to speed.

12:01 a.m. We patrol through a neighborhood across from the police station that is known to be where multiple hispanic gangs reside. Officer Wallace tells me that their territories are marked by colored trash cans.

After that neighborhood is determined clear by Officer Wallace, we head back to the station to conclude the ride along. 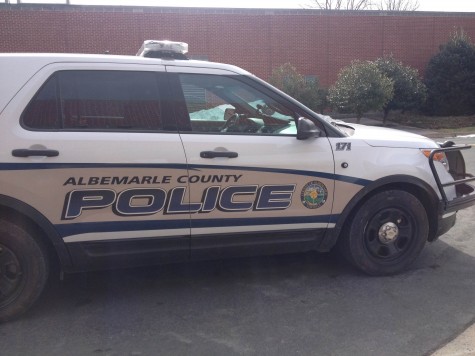 The day-to-day life of a police officer may seem boring at times, like the ‘housekeeping’ work of towing an abandoned car, but it also has it’s highlights, like a domestic disturbance. Everything a police officer does is for the good of our community, and most of it goes unnoticed. This four-hour sneak peak of Officer Wallace’s typical day allows us to notice everything that they do and appreciate their hard work and dedication.