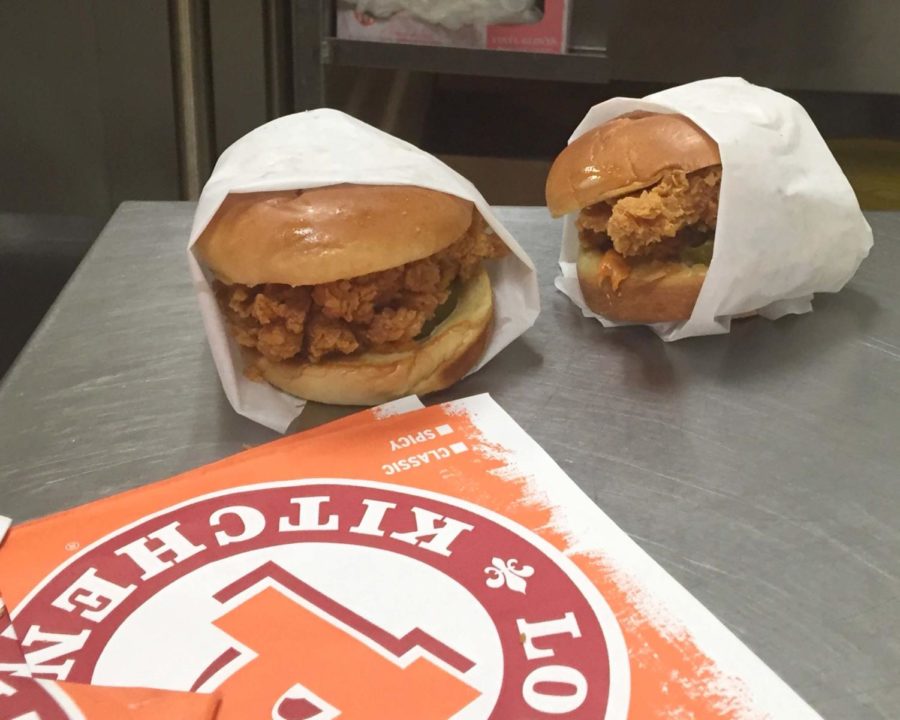 Hype. It dictates what we wear, from Yeezys to Supreme. It decides what we do, such as going to Instagrammable locations, like the Color Factory or Black Tap in NYC. Most importantly, it tells us what we eat, ranging from trendy diets like Paleo or Keto to fast food items, like the McRib or Burger King’s Halloween Whopper.

The latest entrant into this arena is the Popeyes Chicken Sandwich, which has seen more of the public’s attention than any other meal over the past few years, with national news coverage and a seemingly never-ending stream of celebrity opinions.

Clocking in at a hefty 700 calories, the sandwich marries the chain’s trademark crispy chicken with a brioche bun, a dab of spicy mayo, and a handful of pickles in order to create a competitor to Chick-fil-A.

Originally debuting in August, the sandwich’s popularity led to lines forming on many street corners across the country, as people waited for hours on end to get a taste. Because of the item’s popularity, Popeyes’s supply ran out in just two weeks, leading to a chicken sandwich hiatus, which finally came to an end on Nov. 3.

Even a week later on Nov. 9, the public’s demand for the sandwich remained high, leading to the closure of the walk-in part of some stores so that all hands could be on deck for the drive-thru in order to provide faster service. The drive-thru line at the Charlottesville location stretched all the way to the Exxon up the street, a few hundred yards from the order window. However, I was able to brave the line and get my hands on one. This all goes towards answering the ultimate question: Does it live up to the hype?

In terms of actual taste, the sandwich was pretty solid, with a nice blend of flavors. The chicken itself had a good crunch to it, along with a tender inside. The pickles added a fresh edge, as to keep the eater from remembering all the carbs that they are consuming.

The standout, however, was the bun. Usually driving up costs on most dishes, brioche buns are hard to come by at fast food establishments, especially ones where your meal only costs $3.99. The brioche’s sweet, buttery quality carried the sandwich at times,which balanced out the saltiness of the chicken.

The only downside of the sandwich was that about halfway through, I wished that I had stopped next door at Cane’s and picked up a lemonade, since the general notion that Popeyes chicken is traditionally dry was true in this case. This could be due to the fact that it is a bit unwieldy, since there is a pretty sizeable chunk of chicken squeezed in between the buns.

Overall, I found the sandwich to be a tasty meal, yet one that I probably wouldn’t wait any more than 20 minutes for, much less multiple hours in a drive-thru line. Its low price point for a quality item is tough to beat, along with the added bonus that you can tell everyone you know that you’ve had one.

In terms of hype, it falls on the higher end of the fast food scale, somewhere below the gold standard of Taco Bell’s Doritos Locos Taco, but above the mediocrity of Burger King’s Chicken Fries.

Popeyes has been unclear about whether or not the sandwich will become a permanent fixture on their menu, so get it while you can.