The artwork that is scattered around central Christchurch is by far my favourite thing about the city. Even through all of the destruction these people have gone through, they still manage to make the city beautiful. 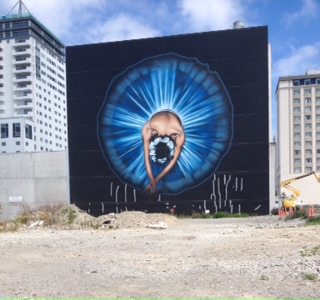 My favourite painting is one of a ballerina.  It stretches from the rubble on the ground, to the top of a building, and is absolutely eye catching.

What makes this painting, and the various other ones throughout the city, so special, is that they are amongst massive amounts of devastation and destruction caused by the 2010 earthquake.

For example, the ballerina painting is across a newly desolate plot of land that is all gravel and dirt. The remains of a building that was destroyed was eventually levelled out and left for dust. 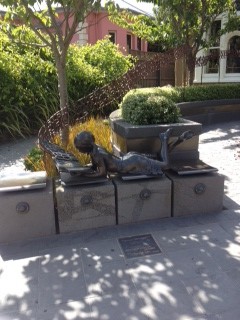 A graceful statue of a little girl reading a book has the words literally flying off the page and perfectly portrays the wonders that books bring to life. This statue is placed in a small garden off the side-walk that literally is across the street from a construction site.

As if the statue wasn’t enough, the chairs that she is laying on are pressurized and will begin to read a book aloud if sat upon. I don’t know how to better convey a book’s potential.

Even the city’s protests are pieces of art. 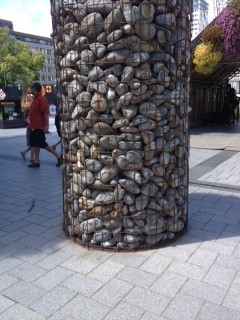 A group of people disagreed with the way the New Zealand government was changing, so instead of writing their names on a paper petition, these protesters wrote their name on rocks. They then stacked all the rocks in a large wire cylinder in the middle of a popular outdoor area.

This display of disappointment with the government definitely affected me more that a riot or a flyer would, and I know nothing about their government.

I hope that this kind of “looking on the bright side of things” behaviour will spread throughout the world. I know that I am definitely taking it back to Charlottesville with me.