The Best of Me is Sparks’ Best 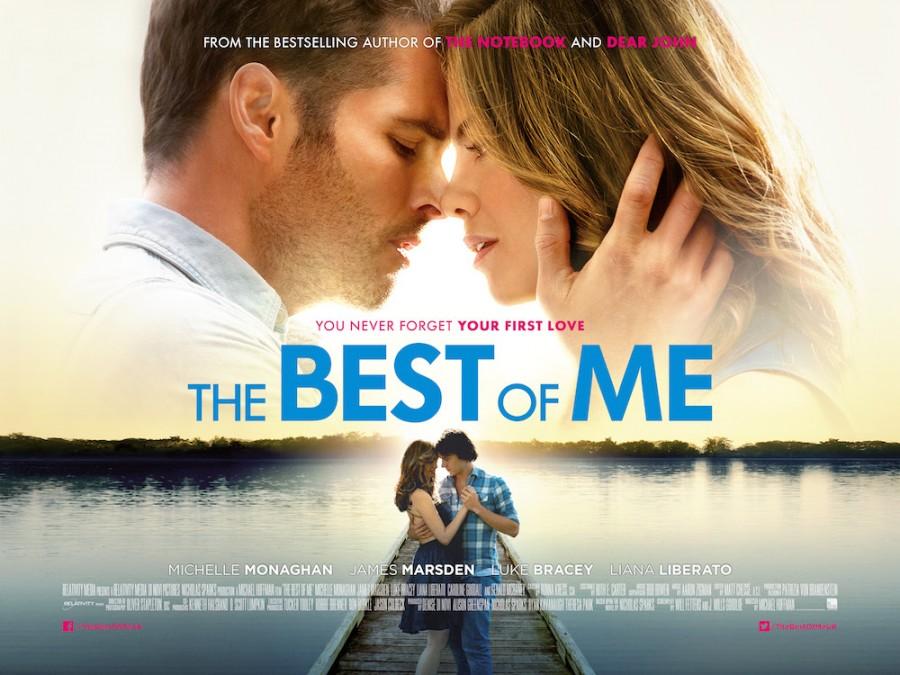 The Best of Me hit theaters on Thursday, October 17.

When I watched The Best of Me, there was an element present that completely paralyzed me throughout the movie. I couldn’t move in my seat, I couldn’t pick up the popcorn bucket, I couldn’t get up to go to the bathroom. I was frozen. I experienced the feeling every kid gets their first time at Disney World. Or the feeling you get when you score an  A on a test you didn’t study for. It is the feeling I imagine every bride gets when they put on the wedding dress that was made for them. It was a feeling of magic.

It was the feeling both the characters felt. It was as if their love radiated out of the screen and hushed the audience. It was the perfect blend of every Nicholas Sparks creation: the young love of The Notebook, the parental conflict of A Walk to Remember, and the tragedy of The Last Song. The Best of Me tops them all.

The Best of Me, based off Nicholas Sparks’ book, features two adults who first met as teens in high school. Dawson Cole (James Marsden) is an underprivileged runaway who is often abused at home. He soon meets Amanda Collier (Michelle Monaghan), daughter of a wealthy man who has big plans for her future. Of course they quickly fall in love, but are separated a year later when Dawson gets in trouble with the law and serves prison time for eight years.

Twenty one years later, Dawson has just been released from the hospital, after a work accident almost cost him his life. Amanda still lives an upscale lifestyle in Baton Rouge with a husband and two kids, after marrying right out of college. They are reunited when the man who allowed Dawson to live with him dies. When they meet again, their twenty year old feelings are renewed through flashbacks of their teen years (Liana Liberato and Luke Bracey).

Obviously, with Dawson’s family’s violent background and Amanda already married, they have plenty of obstacles on their path to love. Dawson is soon confronted with his father’s abuse and Amanda’s husband confesses he is an alcoholic, complicating matters even more.

The Best of Me incorporates guns, explosions, heartache, and plenty of tears: all the elements that make a Sparks movie great.

Why is it this intense? Maybe he is trying to teach us that love really is a battlefield. Maybe he wants us to relate to a tough time in his life. Either way, from the thrilling beginning, to the bittersweet end, The Best of Me will satisfy every age group, from middle aged soccer moms to ten year old boys (I was surrounded by both), and everyone in between.

The Best of Me is Sparks’ Best