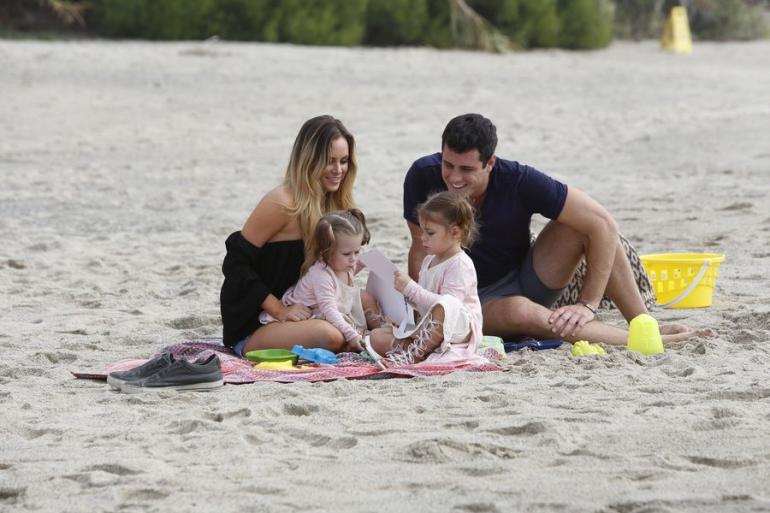 In episode 8 of The Bachelor (aired Feb. 22), four dramatic dates and a jaw dropping rose ceremony brought Ben one week closer to finding his wife.

In this week’s episode, Ben traveled to the four remaining girls’ hometowns to meet their families and get a feel for the places and people that shaped their lives and personalities.

After visiting Amanda, Lauren B., Caila and JoJo in their various hometowns around the country and engaging in lots of wine drinking and awkward chats with family members, Ben ultimately decided to eliminate Amanda from the running. While this came as a complete shock to me, given their undeniable chemistry throughout the entire season, it was obvious that he gave her the boot because she has two kids and he wasn’t ready to commit to being an instant dad, not because, “other relationships are developing faster,” as he told her.  Although it’s completely understandable for him to feel this way, as he even told her parents that, “coming into this I hadn’t even considered coming out of it a dad,” I feel as though she deserved to know the truth.

After watching the way he spoke about each girl to her parents and siblings, it became clear that Ben ultimately has eyes on one girl: Lauren B. Despite the preview for next week showing Ben in tears because he has “fallen in love with two women,” I believe the way he talked to Lauren’s sister says it all.

Not only did he admit to having hesitations, concerns, and questions when it came to the other three girls, he openly started tearing up when her sister asked Ben how he felt about Lauren. His inability to express his emotions in words spoke volumes about how he feels. Also, Lauren’s parents seemed to genuinely like him and thought his future with her was bright.

The parent’s of Caila, Amanda and JoJo were a lot more skeptical of Ben and his intentions, especially given the circumstances of the process and the fact that Ben currently has three other girlfriends (and who could blame them, it is a little questionable in theory), yet Lauren’s parents didn’t seem the least bit concerned about this.

Taking all of this into consideration, I think next week’s journey to another tropical location will result in JoJo being sent home. It seems like his connection with her is the weakest and progressing the slowest, not to mention the fact that her brothers basically verbally assaulted Ben for several hours during her hometown. Their connection still just seems to me like they’re good friends, and not lovers.

This being said, the winner in several previous seasons wasn’t the person that stuck out, or was the obvious choice at all, but the person the bachelor(ette) saw as a dependable friend; who knows, Ben may surprise us all (but if he doesn’t end up with Lauren I’ll be pretty bitter).