He Sees You When You’re Sleeping… 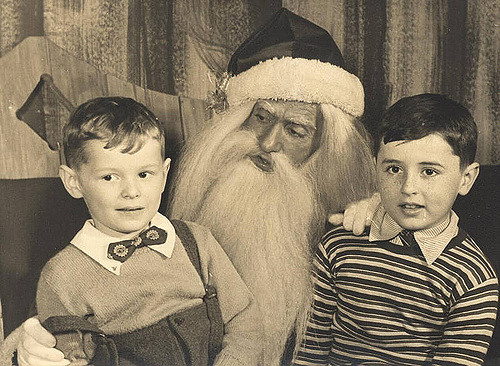 With the holidays coming around, everyone is getting excited for a time of festivities, spirit, and, most importantly, presents.

However, what most everyone is neglecting to consider is whether the means by which the presents are delivered to them are, in fact, ethical.

Hardly anyone would refute that stalkers would kill to be Santa.

To be able to peer into every single home, to know what everyone is doing at any given moment, to be able to enter anyone and everyone’s home whenever he/she so desired, and to be welcomed to do so — it’s every stalker’s wildest dream.

This begs the question: If Santa were real (which he is, of course) would it be the correct course of action to have him tried for his crimes against humanity, or would it be best to leave him to his seemingly innocent activities?

On one hand, Santa — due to his incessant surveillance —  is guilty of a gross violation of the Fourteenth Amendment, that of the “right to be left alone.”

On the other hand, Santa doesn’t seem to have any intention of malice.

It seems as if Santa just wants to give gifts to reward people for being “good,” which can be considered benevolent since it provides people with an incentive to abstain from indulging in immoral activities.

Furthermore, it doesn’t seem as if Santa’s out to punish “naughty” people, so we can rest easy knowing that he at least doesn’t intend to be a sort of vigilante figure.

But is Santa something worse than a vigilante?

One might see Santa as playing the role of God.

A superhuman, all-seeing, almighty judge of human affairs, accountable to no one but Himself.

Does it even matter what he intends to do? What right does he have to spy on every human being 24/7, much less decide what is good and bad?

In accordance with the Constitution, it seems to be unquestionable what has to be done.

While stalking is generally deemed a misdemeanor, stalking someone below the legal age of 18 is regarded as a felony, and, in this case, we need to take in account for the magnitude of the crime as well, which is clearly atrocious.

Nevertheless, even if all logic might point to the conviction of Santa, in accordance with all that is good and jolly, it seems the most righteous course of action would be to leave Santa alone and receive our free presents.

Even if you are being watched by an old man’s probing, judgy eyes, maybe it’s better to simply revel under the veil of ignorance and enjoy the spirit of the holidays.

He Sees You When You’re Sleeping…