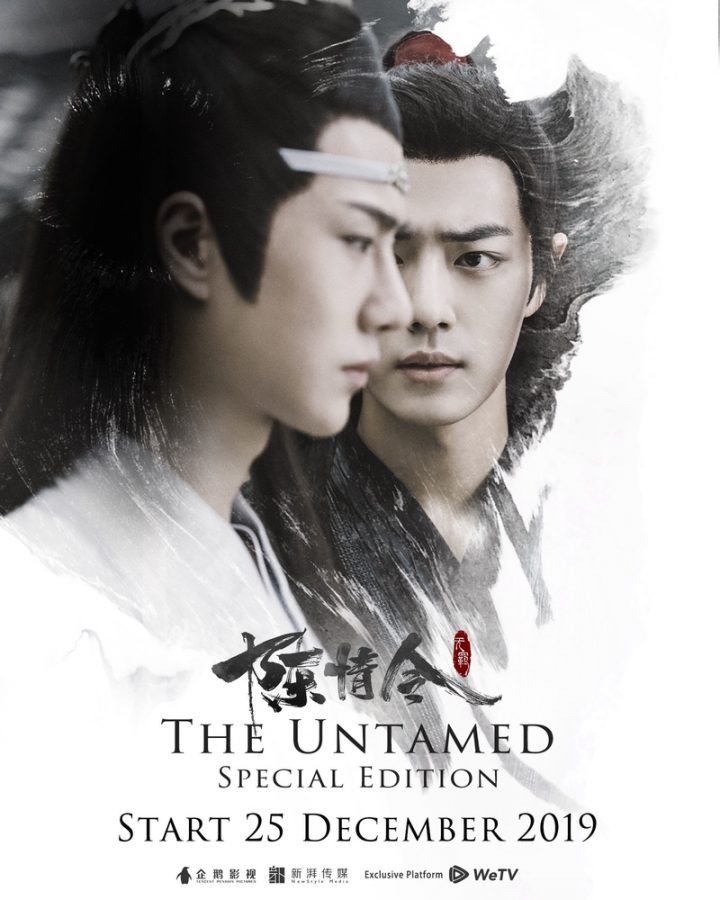 When The Untamed first came out on June 24 2019 , it was all over everyone’s timeline on Twitter,the actors, the characters, fan art, everything really.But then the buzz died down a bit, but it came back up when The Untamed Special Edition came out on Dec. 25.

The Untamed is an adaptation of the novel Mo Dao Zu Shi written by Xiang Tong Xiu. It’s about Wei Wuxian( Xiao Zhan) and Lan Wangji( Wang Yibo) who are cultivators that possess supernatural powers. Solving a series of murders until Wei Wuxian dies and comes back to life 13 years later in the body of Mo Xuanyu.

If you haven’t read the novel or seen any other adaptations of it, the Special Edition is probably not the best place to start. Since, it begins with the past instead of the present unlike the original.

The special edition also condensed 50 episodes down to only 20, they had to cut out a lot of scenes.

What makes it great is the acting. Especially the acting from Wang and Xiao.

Wang portrays  a stoic Wangji through his facial expressions and line delivery. A line that Yibo often says is Weiying(Wuxian’s courtesy name) and  he’s able to say that one word with varying tones of emotion. When he isn’t talking, his emotion is shown through facial expressions and body language. For example when he’s angry, he’ll tighten his grip on his sword.

Xiao pulls off carefree, and mischievous character very well.  Wuxian gets in trouble, and in many of the scenes gets hit. In one of the scenes he gets hit with his adoptive mother’s purple lighting ring. Since it has to be put in as CGI, Xiao has to act like he’s getting hit and he does in a very believable way. But not just that, but also his facial expressions and overall acting. In the scene where his sister died, his ability to seamlessly transition from sadness to anger is impressive.

Overall The Untamed Special Edition was just as good as the original and maybe a bit better as well. It was able to stay as true to the original story as it could without changing a lot. I would definitely recommend it if you like watching historical fantasy, boys love, or just wanna watch and learn about a cool story.

The Untamed Special Edition is available to watch on Youtube and WeTV.

One Response to “The Untamed Special Edition is Very Special”