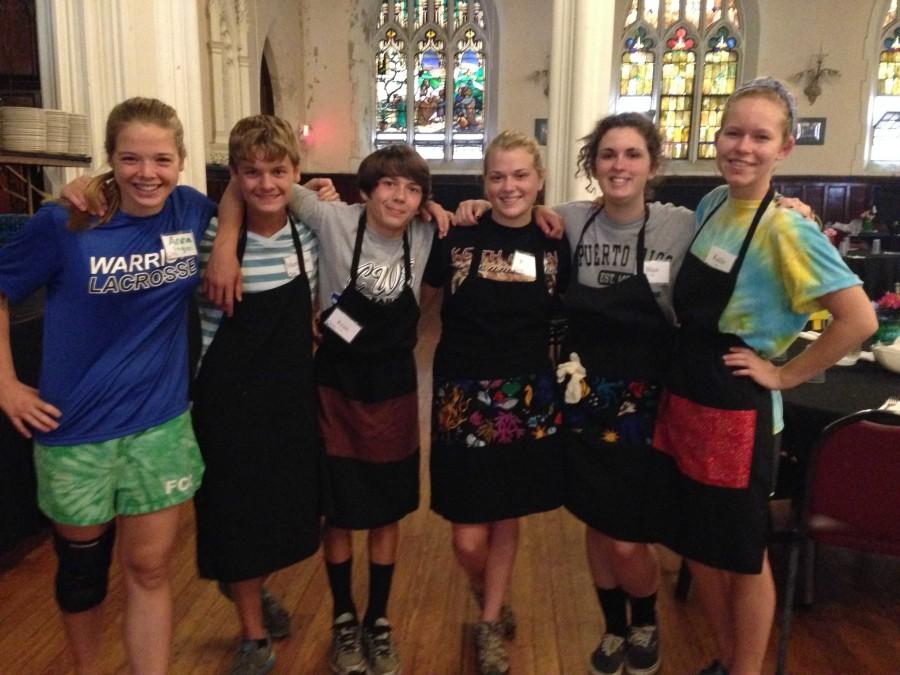 The homeless community of Albemarle County is primarily seen as those who panhandle [stop people and ask for food or money] on the side of the road or on the mall. “The most common homeless person who we see is aging right out of college or just really young… I’ve seen kids our age come in [The Haven], and that’s really scary,” senior Blair Doby said.

Doby has an internship at The Haven, a local homeless center. “As a child I volunteered with PACEM which is like a traveling homeless center from church to church,” Doby said. “ I was inspired because I think everyone was created equally and deserves to be shown that.”

For her internship Doby goes to The Haven every other morning and volunteers at the front desk. A typical day starts with her waking up at 6:00 a.m. and arriving at the Haven at 6:30 a.m. “My job as a volunteer is to equip them with anything they need for the shower, laundry, or their other daily [requirements],” Doby said.

Along these duties Doby helps the homeless write resumes, apply for jobs, and spend time with them. “Some people just think ‘why don’t you just get a job?’ ‘why do you have to panhandle?’ It’s really hard for people to get a job when they don’t have any I.D., transportation, or a cellphone,” Doby said. “People get mad when homeless people have a cellphone but that’s the only way to communicate with people… and panhandling pays a lot more than getting a job; you can make $300 a day panhandling rather than getting a minimum wage job at McDonalds.”

Panhandlers get much more public attention than the rest of the homeless community. According to a homeless census conducted in 2012, Thomas Jefferson Area Coalition for the Homeless (TJACH), there were about 250 homeless people living in central Virginia, 42% of which lived in Charlottesville and 4% of which who lived in Albemarle County. Out of these 250 only 11% reported income from panhandling. “When I see panhandlers on the street I don’t recognize any of them from The Haven,” Doby said, “They’re not even associated with the homeless community, they’re just some random people panhandling.”

However, when helping the homeless there are some things to keep in mind: “If you do go in that’s awesome, just don’t treat them like they’re any different than you are, be sensitive to their needs but don’t over do it,” Doby said.

If you are interested in helping the homeless community there are many organizations around Charlottesville and Albemarle looking for volunteers. The Haven and TJACH are both organizations dedicated to housing the homeless and getting them off the street. TJAC is also the organization that conducts the homeless census in central Virginia. PACEM is a traveling homeless shelter that moves from church to church.

“I definitely would recommend for everyone to try to volunteer at a homeless shelter or soup kitchen at least a couple times, because it’s so different from just handing out some money,” Doby said. “People I see coming into The Haven are actively trying to get back on their feet.” She thinks that if you don’t decide to volunteer, you should be polite when approached by a homeless person. “Make eye contact, say ‘hello, how are you doing today’ because that could be the only human interaction they have all day,” Doby said.

For more information on The Haven, PACEM, and TJACH click the links below.