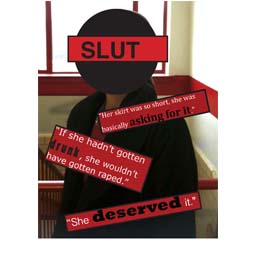 For the past few months, the local media has been engaged with the case of Albemarle County supervisor Chris Dumler, who was charged with felony forcible sodomy against a woman in October and plead guilty to a lesser charge of misdemeanor sexual battery in January.

The controversy of the case centers on whether Dumler, who still holds hisposition as supervisor despite the incident, should resign from his post.

The fact that the case never went to trial and the rape was never proven in front of a jury has also brought up many questions that apply to the sexual relationships of high school students, such as what giving consent really requires and what factors can affect who is to blame for this type of crime.

It is important for teenagers to understand the difference between forcible sex and consensual sex, as their views on the matter will carry on into adulthood. Most students concur that forcing someone who clearly does not want to take part in a certain act is rape. The public’s outcry for the resignation of Dumler reflects this.

“I think Dumler should resign because regardless of his local political clout, recent enlightenments get in the way of his image in the eyes of the public and his fellow supervisors,” senior Brady Storer said. “He cannot govern effectively.”

Other factors not applicable to the Dumler case also blur the line between rape and consensual sex. If one or both parties were drunk at the time, was it rape?

What if instead of saying a straight “no” or “yes,” she or he just stayed silent? Can pressuring someone to have sex be considered rape? Situations where the forcibility of the act is questionable are now being referred to as “gray rape.”

“The peculiar phrase of “gray rape” has recently emerged in our culture as an attempt to define that confusing boundary between consensual and non-consensual sex when both partners had not expressly stated what was wanted and not wanted,” AHS psychologist Chris Love said.

“There is inherent emotional damage done when guys and girls, who have not yet acquired the maturity and confidence to manage intense relationships, engage in the risk of casual sex,” Love said.

The term “gray rape” is not a catchall term, nor does it suggest that acts that can be described as “gray rape” are not classified as sexual assault as well.

“There is a fundamental risk in using, legitimizing a term like “gray sex,” which can tend to trivialize the inherently offensive act of forcing non-consensual sex,” Love said.  “Casually labeling the emotionally charged and often confusing experience of having sex as “gray rape” only leads to an unhelpful misunderstanding,” Love said. “If discussed thoughtfully, however, it could enhance everyone’s better understanding of the shifting mores and pressures within our fast changing culture.”

A variety of opinions have surfaced about this topic and its related subjects.

“Gender stereotyping, rape jokes and unkind social judgments can perpetuate misguided assumptions and foster unhealthy pressures to violate everyone’s need for personal safety and trust, all of which can contribute to an unhealthy climate of sexual harassment, whether found in provocative advertisements, social media or at weekend parties,” Love said.

“There is gender stereotyping. I think anybody can rape anybody as long as nobody consents, [or] says yes,” senior Tessa Miskovsky said.  “And I hate rape jokes. They’re so irritating and ignorant.”

“High school is a critical time in life when teens begin to define their moral standards and build up emotional and, for a few, sexual experiences. The changing social rules and social acceptance to pursue risky casual sex is reflected in our culture with the emergence of “friends with benefits” practices and the likely increased incidence of casual sex, often preceded by excessive drinking.”  Love said.

This alleged increase in “casual sex” has made it increasingly difficult to define what counts as a person’s consent to a sexual act. This is important because consent is the factor that defines whether an act was a rape or was not a rape, except in the case of statutory rape, where one party was under the state’s age limit of ability to consent.

According to the Virginia Code, someone has committed the act of rape if they commit a sexual act on another person or force that person to perform a sexual act against the person’s will. This includes using “force, threats or intimidation” as well as taking advantage of the person’s “mental incapacity or physical helplessness.” This refers to sex in the traditional sense as well as oral sex and forcible sodomy.

Some boundaries are laid out in this law, but there is no clear precedent when it comes to the types of situations that constitute gray rape, such as situations involving alcohol or drug use.

Some students feel that having sexual relations with someone who is under the influence qualifies as taking advantage of a person in a vulnerable state.

“Taking advantage of people who cannot give consent because they are drunk is disgusting, and leads to a culture of violence and victim-shaming,” senior MarLa Lauber said.

“Alcohol does not cause people to do things they do not already want to do. It merely lowers the will to do it,” senior Bryan Brown said.

Some students also believe that verbal consent is unrealistic or awkward in today’s society.

“It’s not like you’re going to ask her straight out, sometimes [sex] just happens,” senior Jon Schwaner said. “Also, sometimes people like to play hard to get.”

“There is a difference between a girl playing hard to get and a girl saying no,” junior N-Bushie Chambers warned.

Other students disagree, saying that asking in the moment, while not exactly romantic, is better than not asking at all.

“I feel it’s less awkward, more smart and safe,” sophomore Allison Jaggers said. “As a girl, I’d prefer that over having to stop an advance [I do not want].”

“Just because someone agrees to one thing doesn’t mean they agree to all things,” Lewis said.

“Not saying no is not the same as giving consent,” senior Kate Duggan said.

“Learning how to confidently ask for what you want and don’t want from someone is one of life’s most affirming skills,” Love advised. “The Guidance Department is available to provide non-judgmental support and information for anyone who maybe feeling confused about an uncomfortable relationship or has been the target of harassment, in any form.”

To keep gray rape from continuing to be prevalent in high school culture, it is important to discuss with partners which words or actions indicate their consent and which do not. Abstaining from making sexist comments and rape jokes that blur the line between what is and what is not rape can also have a positive impact. It is imperative to respect someone’s choice not to engage in a sexual act, no matter their gender, level of intoxication, or their sexual history.