Reactions To Rolling Stone: Students And Staff Give Their Thoughts On The Controversial Article 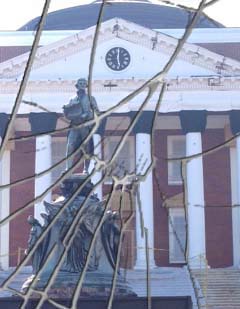 On Nov. 19, Rolling Stone Magazine published an article featuring the story of a UVa student, Jackie, who said she was raped by several Phi Kappa Psi fraternity pledges. Parts of the article have since been proven false, as the reporter neglected to speak to alleged rapists, but friends of Jackie stand by the account.

“All the first-year women are morally uptight.

They’ll never do a single thing unless they know it’s right.

But then they come to Rugby Road and soon they’ve seen the light.

And you never know how many men they’ll bring home every night.”

Harmonized by UVa’s fraternities every Friday night, these lines from “Rugby Road” present haunting images of misogyny and sexual assault hidden under the charming, upscale lifestyle of Virginia’s most prestigious university. Rolling Stone magazine released a story on Nov. 19 about several rapes reported by students, and promptly ignored by administration, within the last few years.

The article focused primarily on a gang-rape occurring within the first four weeks of the 2012 school year. The victim was Jackie, currently a third-year, who endured the vicious assault as a freshman. According to Rolling Stone, seven fraternity brothers from Phi Kappa Psi, allegedly attacked her at their party. The abuse went on for three hours, and left Jackie alone, empty, and emotionally drained.

However, The Washington Post released articles on Dec. 5 and 10 casting doubt on her story. Senior Josh Schrecongost thinks Jackie used Rolling Stone as a publicity stunt.

“I’m surprised that UVa students, who are supposed to be smart, are uncool enough to [lie for publicity]. If the evidence points against her, then it’s probably right. I mean I wasn’t there, but I assume [she used it] for publicity or attention. Either one girl is lying or everyone investigating is lying,” Schrecongost said.

Senior Cole Woods agrees, saying, “I think if Rolling Stone went so far as to make a public announcement to discredit what she said, there’s probably reasonable evidence to say that she’s lying. I don’t doubt that there is rape in the fraternities but I think in this instance this girl made a lot up. I’m going to believe what the evidence says.”

Other students are still behind Jackie. “Regardless of ‘how true’ this claim of sexaul assault was, there is still a victim out there being silenced by the victim-shaming and sheer hate people are giving Jackie on account of the supposed holes in her story,” UVa first year Hannah Williams (AHS ‘14) said.

“Whether or not her story is completely true or completely false, sexual assault is a problem everywhere, and thanks to Rolling Stone’s retraction of the article and the investigation on Jackie’s claims, people assume that the problem can just ‘go away now,’ which it can’t,” Williams said.

Reportedly, sexual assault rates at UVa are much higher than one might think, and the fact that people don’t feel like it’s worth reporting can be concerning. According to Rolling Stone, 38 students reported being raped in the past school year, and only nine actually followed through with a complaint.

Why don’t people complain? Students believe university officials care more about the high ranking of their school than the safety of their students. Rolling Stone quotes UVa’s head of the Sexual Misconduct Board Nicole Eramo, “Nobody wants to send their daughter to a rape school.”

The publication of the article sparked immediate controversy among high school seniors nationwide. Once eager to call themselves a “Wahoo,” many soon-to-be graduates no longer look forward to attending the brick-laden University, nestled in the heart of America’s happiest city.

For senior Scarlet Foley, who wasn’t planning on applying, the news was still a game-changer. “It’s disappointing that a school would care more about their reputation than a living human being,” Foley said.

Other local high schoolers think Rolling Stone used the recent tragedies of Morgan Harrington and Hannah Graham, broadcasted frequently across the United States, to shine light on the problems of sexaul assault occuring at dozens of colleges.

“This kind of thing happens everywhere, at Virginia Tech and UVa, this one was just on the news,” senior Will Law said.

“I think there definitely needs to be some changes in the system. It really shocked me. I mean one in five girls gets raped at college. That’s kinda scary,” senior Rachel Heston said.

“No one would expect something like that to happen there, but in reality it happens everywhere,” senior Alyssa Nguyen said.

According to Williams, the latest events on campus have cast a dark shadow over the first fall 2014 semester. “I think that regardless of what the article has meant for UVa this semester it has brought about needed attention to an issue that is very real here and at all schools.”

Some say the article simply presents the root of the problem as Greek life, not the university itself. Although well known for their hard-core partying and underage drinking,  Greek life is a tradition Cavaliers have held near and dear to their hearts for decades. Some fraternities will even offer partiers as young as high school a drink.

“I’ve gone to parties with college kids, but not at UVa. It was sketchy, boys can take it too far when they flirt and try really hard with girls but nothing ever has happened,” senior Aubrey* said. “It’s just ten times worse when you’re sober watching guys try super hard to flirt, but guys at high school parties are the same so I think it’s just the young party culture kind of thing. It’s not like guys attack girls. Guys just try really hard to hook up with girls.”

Teachers who attended UVa, now nicknamed “UVrApe,” still highly recommend it for any seniors who plan to go there. Economics and personal finance teacher Anna Karnaze, who went to UVa from 2008-2012 and stayed until 2013 for grad school, says she would still encourage students to consider it.

“Absolutely, without a doubt, I still recommend it. I’m still happy that my sister goes there. I know the administration is trying really hard to make some changes, so I hope something good comes out of that,” Karnaze said.

After reading the article, Karnaze can confidently say some aspects of the University’s atmosphere were overlooked. “I think it downplayed a lot of the things really going on on grounds right now. When I was there I saw a lot of people who would fight for women’s rights, and there were groups for people who went through sexual assault, things like that that got overlooked. So those things were definitely already there, but now a lot more people are joining them.”

Even with mass additions of support groups and protests, the mood on campus has not matched the bright and friendly attitude of previous years.

“The attitude on grounds is very different right now. There are signs everywhere and people are acting pretty somber,” Karnaze said.

“[The article] has made people more aware of issues that may not be as visible, but it has also made people very self conscious of our school. It definitely was not the morale booster we could have used after how hard this semester has been on everyone,” Williams said.

Despite several recent fits of violence, University of Virginia students and alumni hope for change and renewed truth among their community.

As founder Thomas Jefferson once said about his most beloved accomplishment, “This institution will be based on the illimitable freedom of the human mind. For here we are not afraid to follow truth wherever it may lead, nor to tolerate any error so long as reason is left free to combat it.”

*name has been changed to protect identity

This story originally appeared on pg. 1 of the Dec. 18 print edition. 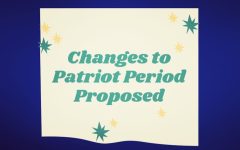 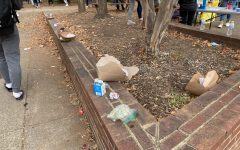 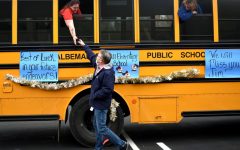 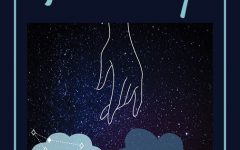 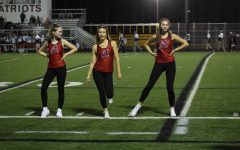