Let’s get grammar-ed: a brief review of grammar 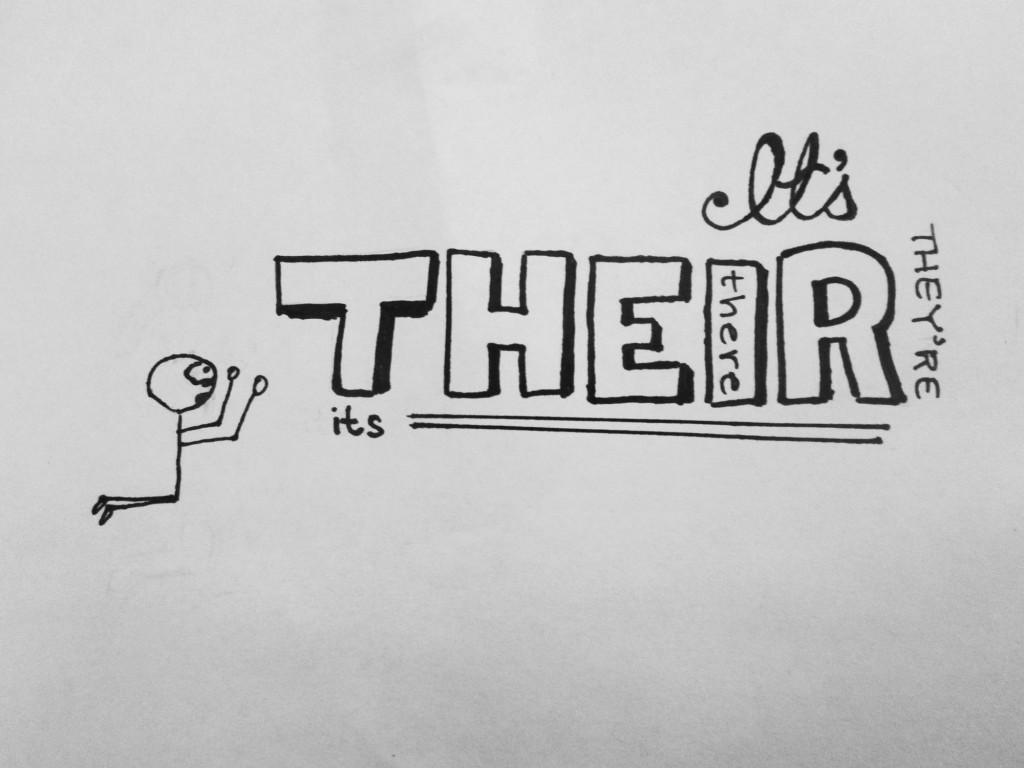 Your use of bad grammar grates on the ears of your more linguistically sensitive peers. For their sake and for yours, take the time to review your word usage.

Okay, okay, I get it. The English language is hard, and putting in the effort to write and say things correctly is not fun.

You have commas and apostrophes and semicolons and a billion exceptions to the “i before e, except after c” rule (actually, according to Pinterest, there are allegedly 923 exceptions, with only 44 words that follow that pattern). You have homophones that don’t get reception and clauses that have nothing to do with Santa. Worst of all, you have Language Perfectionists, who mentally attack every text message and Facebook post they see with imaginary red pens…people like me.

As annoying as it is to use the English language correctly, it is necessary in our society. How can we communicate effectively if we’re using the wrong words to express ourselves?

Let me give you some examples of grammatical mistakes and punctuation errors that make me cringe:

1) The use of the phrase “could of” when one really means, “could’ve.” One is a contraction that properly combines “could have.” The other is a nonsensical creation that exists because of humanity’s inability to pronounce words as well as write them down.

2) “It’s” versus “its.” “It’s” may have an apostrophe, but it is not possessive. It has one because it is an abbreviation of “it is.” Not having the apostrophe means that whatever “it” is, “it” is taking ownership of something.  You cannot say, “Its raining” anymore than you can say, “My English teacher is crying from frustration as she tries to decipher my introductory paragraph because of it’s lack of proper punctuation.”

4) The difference between “affect” and “effect.” Affect is a verb; you can affect something or someone. “Effect” is a noun, like the effects of using text-speak too often can include spelling the word “like” as if it’s an overly expensive brand of vitamin water: “Drink Lyke! It’ll quench your thirst for social acceptance!”

6) Okay, I know everyone’s heard of this example before: you do not “do good,” you “do well.” I wish I could come up with some witty remark about this one, but it’s so basic I don’t think it’s possible. Maybe if I possessed a more jocular mind…

7) Double negatives are those pesky little phrases that everyone knows they should not use, but they choose to do so anyway. Unfortunately for such folks, this completely reverses their intent.  Take the sentence, “I ain’t no hollaback girl.” Forget for a moment that “ain’t” is not a real word, and instead focus on the fact that because of the double negative, the translation actually reads, “I am a female and shall partake in the custom of hollabacking.” Do you see what happens? Only use double negatives if you are trying to speak in code or if you are referencing Pinocchio’s speech from Shrek the Third: “I’m possibly more or less not definitely rejecting the idea that in no way with any amount of uncertainty that I undeniably do or do not know where he shouldn’t probably be, if that indeed wasn’t where he isn’t. Even if he wasn’t at where I knew he was.”

8) Some words sound the same. That does not mean they are actually the same word. Excluding baby names and ghost towns in the middle of nowhere, the spelling of most words is nonnegotiable. Prime example: “won” and “one.”

9) Spelling someone’s name correctly is incredibly important. This is the only situation where it is acceptable to go against traditional spelling. Doing this also helps you make friends with people, stay friends with people, and look like a decent person. If you and Kaitlyn have been close friends since the third grade and you still write “Caitlin” on her birthday card every year, then both of you need to reevaluate your friendship.

10) Piggybacking on the theme of #9, spelling in general is crucial to your survival in the real world. You may think that people will “get what you mean” regardless of which combination of letters you use, but newsflash: I have no idea what you’re talking about.  You don’t get style points for writing “business” as “pbiznous.” Yes, adding a silent p is very creative, but it is also the equivalent of completing your math final in Chinese characters with a hot pink Sharpie.  Spellcheck was created for a reason, and if you do not possess such a program on your computer, try Googling what you are trying to spell. You’ll find out pretty quickly if what you just typed exists within the English language or not.

Let’s get grammar-ed: a brief review of grammar