How to Tell if You’re Basic 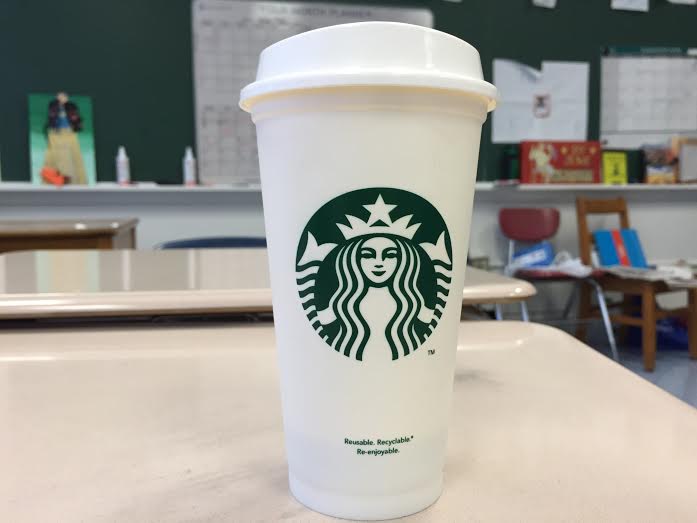 This remark is what I endure many times a day from my older brother.  What does this really mean though, basic?  Of course it’s an insult-my brother wouldn’t have called me it if it wasn’t.

Basic can be a science term, regarding pH levels of a given substance.  In our day and age however, it has come to signify so much more.  Following the trend, being preppy, trying to fit in-all of these define the term.

Girls tend to be more exposed to the “Basic Chic,” we’ll say.  For girls, I’ve come to create a list of qualities that define basic.

Starbucks is obviously first and foremost.  Every morning as I walk through the school, at least one out of every ten girls is carrying a red Starbucks cup (these basic girls are also the only ones who care about the red cup controversy).  This would not be so bad, but these girls insist on carrying these same cups around all day.  Personally, I’d rather use that 15 minutes to sleep, but you do you basic girls.

Duck/Bean Boots is number two.  Are girls (and guys) aware that these are from the 1980’s?  Bean Boots look as if they are beige work boots on the top, and rubber on the bottom.  Somehow they came back, and now they’re a style.  A basic people style.

Infinity Scarves is another characteristic of a basic girl-I am guilty of this one.  Winter is fast approaching, and scarves are an easy way to keep warm.  Who has time to tie or wrap up a normal scarf, when you can have one that is conveniently connected?

Leggings!  No longer just worn under dresses, these black tight pants are worn by just about half of the girls in the school.  Personally, I don’t see how these could keep you very warm, but evidently they are fashionable, so hey, what the heck.

One final trait of basic girls is vests.  I own a vest, though I’ve never really seen the point.  They keep your core warm, maybe?  I don’t know, they’re fashionable and trendy, but I think that people invented jackets for a reason.

So to recap, pretend you’re me walking down the hallway.  Every 10 steps, you see clusters of girls carrying Starbucks, wearing black leggings, Bean Boots, a vest, and an infinity scarf.  Isn’t diversity fun?

Boys also have their own form of basic, and although most is different from girls, there are a few elements that are similar between the two:

I understand that it is a rite of passage to own your own car, and it’s great if you do, but does your lanyard have to stick out of your pocket everywhere you go?  Just know that everyone knows you have a car now, so if that was your goal, guys, you have succeeded.

I am also aware that Nike is popular, and that socks are necessary to keep your feet warm.  What I don’t understand is why these Nike socks must be yanked up to your knees.  Just wear pants-they’ll keep your legs warm too.

Vineyard Vines and that classic pink whale!  If some guy would like to explain to me why this little pink whale is so popular, I’d love to know.  Honestly, that expensive store just makes you look preppy.  If I were to buy a shirt for my non-existent boyfriend, I think I would spend my $42 elsewhere.

Bean/Duck Boots-a repeat from the basic girls’ list.  I can’t tell who wears these better, because I’m not very fond of the shoes in the first place.  Who brought these back from the 80’s anyway, and can they take them back?  Maybe they’re comfortable, but you won’t see me wearing these boots, that’s for sure.

I feel like when it comes to being basic, it’s a situation where if you dress basic, then you will be mocked for being so.  If you’re not basic, you’re mocked for being different.  It is a rough situation, I’ll admit.  Sure, some clothing is fashionable, but don’t feel like you have to follow the crowd to be cool.  Be cool by being yourself.  Everyone is unique in their own way; Barney the Dinosaur taught us that.  So take some advice from Barney and be yourself.

How to Tell if You’re Basic