No Wires Doesn’t Mean No Decency

AirPod users need to finally show some respect to those who aren’t as privileged. 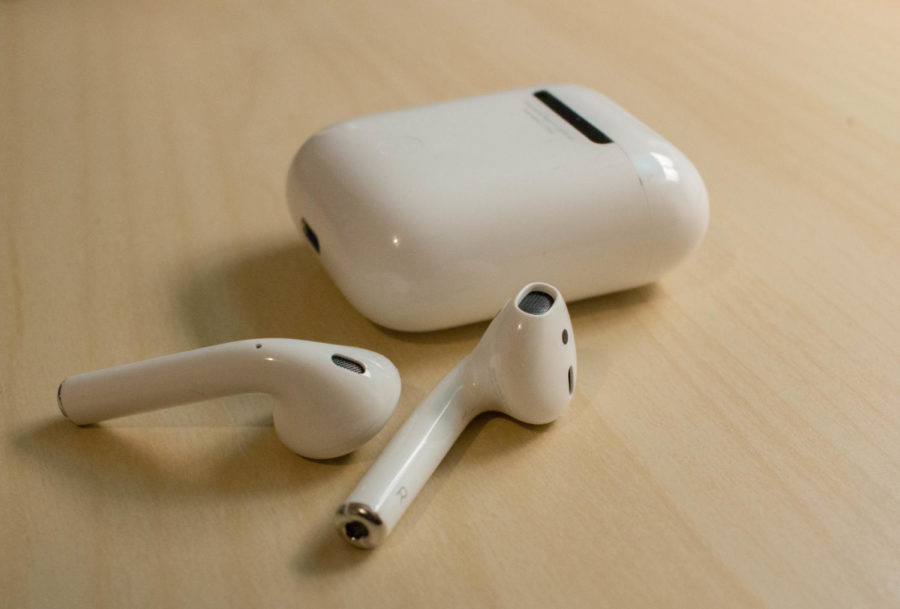 For years, the headphones debate has raged on. Since the early 2010s, with the inception and subsequent popularization of Beats headphones, the battle between those with regular headphones and ones who sported pairs that had legendary rapper Dr. Dre’s seal of approval has been fiery. However in the past year or so, a new challenger has entered the ring. AirPods, Apple’s golden child and first real foray into the wireless headphones arena is here.

Now, don’t think that AirPods are brand new. They were actually first released in late 2016; however, their popularity has recently increased. AirPod sales hit record highs this past holiday season, with many retailers running out of the headphones, leaving customers to have to settle with getting a pair on backorder.

This phenomenon has been especially apparent at Albemarle. Before winter break, an occasional pair of AirPods could be spotted around school. Now, it seems like you can’t walk 10 feet without spotting someone who’s got some in. Every class, you can hear someone snapping their charging case closed, making an incessant pattern that reminds anyone who doesn’t have a pair about how they should feel inferior.

This is the problem. AirPod users get so caught up in their sans-wires world that they forget where they came from. They forget the wired life that they used to live, where they dealt with so-called “broke people problems”, such as having to untangle their headphones or needing a dongle. I’ve heard those with AirPods call others things like “poors” or other condescending terms, just so that they can flex the fact that they spent $159.99 on a pair of regular headphones with the wires snipped off.

The “AirPods Community” has a level of pretentiousness that is unrivaled by any other group, save for the kids who have Supreme fanny packs. I’ve seen people toast each other with their charging cases or act as if they can’t be bothered by anyone else.

It is this very mentality that brings the hate, causes Anti-AirPods meetings and the general grousing about how stuck-up Airpod users are. This goes to prove the point: it’s not the AirPods themselves that are the problem, but the people who use them.

AirPod users need to remember to show some decency, They need to remember about the days when they had regular wired headphones and show some sympathy for all those who aren’t as fortunate as them. However, the most important thing for them to realize is that no matter the cost, no matter the brand, and no matter if they have wires or not, the purpose of headphones still remains the same.

One Response to “No Wires Doesn’t Mean No Decency”

No Wires Doesn’t Mean No Decency