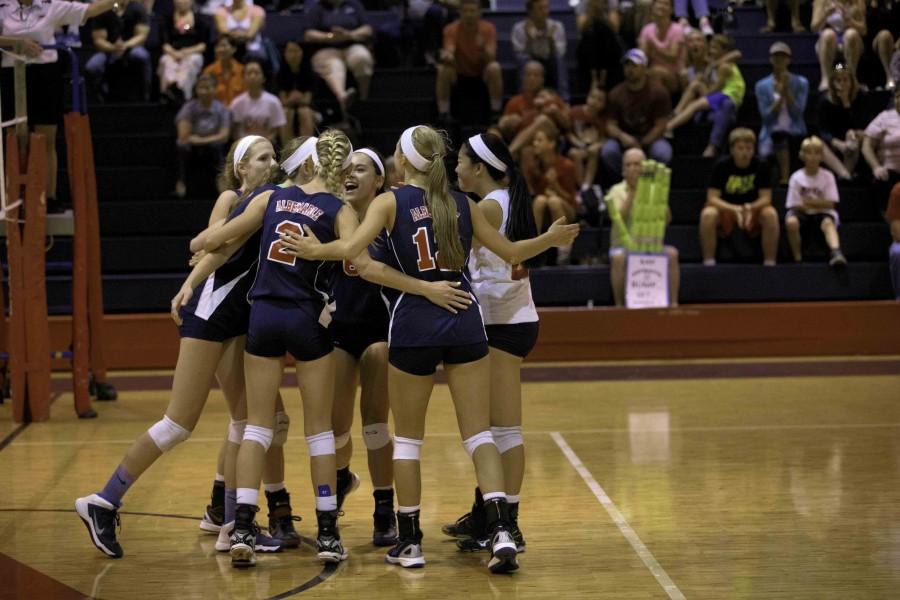 The “Pats to States” cheer rang throughout the gym as senior Alexis Duday scored the last point to secure their win over Fluvanna Tuesday night.

Seniors Ellie Benning and Stephanie Lugus dominated the Flucos during the first game, going on a 10-0 streak before winning 25-10.

Lugus and Duday both had ten kills throughout the night. Junior Madison Warlick contributed to the crushing victory with a total of six kills.

Game two was a bit more difficult for Albemarle as Fluvanna rallied together and put up a fight. The Flucos managed to score 23 points. But Albemarle persevered, winning the second game 25-23. Benning led the team for the night with 24 assists.

The Flucos lost all confidence in their final game, scoring a measly 14 points, while Albemarle finished out the game with an effortless 25-14 win to secure the match.

Fluvanna now holds a 4-9-2 record while the Patriots keep their undefeated 7-0 record in the Jefferson District.