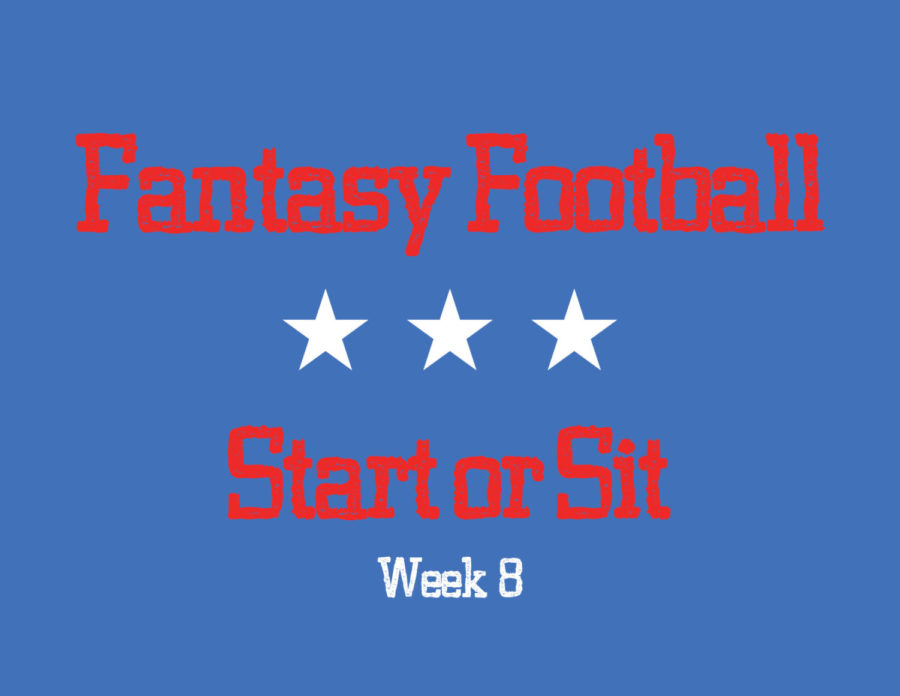 With a dearth of healthy quarterbacks around the league (looking at you, Drew Brees, Cam Newton, Matt Ryan, Ben Roethlisberger and Patrick Mahomes) and some of  the season’s top running backs (Ezekiel Elliott and Mark Ingram) on bye this weekend, owners are looking for alternate ways to put up points during this stretch of the season. Here’s who you should go with:

Along with the aforementioned quarterbacks, Lamar Jackson and Dak Prescott also have byes, putting those who have been reliant on their starter for 25 points a week are out of luck this Sunday.

Start: This week, look for Russell Wilson to put up big numbers, as he’s going up against an Atlanta defense that is giving up an average of 24.6 per game to QBs. Tom Brady could also exceed expectations with his newest target, Mohamed Sanu, imported via New England’s trade with Atlanta on Monday.

Sit: I would warn against getting caught up in Kyle Allen’s 5-0 record as a starter, since he’s going on the road to face a San Francisco defense that is shutting down opposing QBs, demonstratedby the miniscule 77 yards they allowed (in an admittedly mud bowl of a game) last week in a 9-0 victory against Washington.

Start: In deep leagues where the cupboard is truly bare, owners could look to Detroit’s Ty Johnson for a possible option with the recent injury to starter Kerryon Johnson. Owned in just 0.3% of NFL leagues and 1.6% in ESPN, Johnson will get some time to face a Giants defense that is ranked 26against the run. Although he will be splitting time in the backfield with JD McKissic, Johnson will be used primarily on non-passing downs, meaning he might see a valuable goal-line punch in or two.

Sit: Although some consider him to be in pole position to be the league’s MVP, McCaffrey will be facing a San Francisco defense that is an aforementioned dominant force. Even though he will be coming off of a bye week, this could be a toss-up of who prevails in this matchup of an unstoppable force (#1 RB)  against an immovable object (#1 run defense).

Start: Post-”Get me out of Minnesota” talk, the Vikings’ Stefon Diggs has been on a tear. After putting up an ungodly 43.5 points in Week 6, Diggs followed this up with a 142 yard game against Detroit in Week 7. Don’t look for this trend to end as Minnesota takes on a porous Redskins secondary (including $75 million man Josh Norman, who’s looked especially suspect this season) on Thursday night.

Sit: Although he is one of the league’s most targeted receivers, Cincinnati’s Tyler Boyd shouldn’t be counted on for too many points this week. He’s converted the passes thrown his way into just one touchdown. This, coupled with the Bengals facing a solid LA defense (boosted by the recent addition of cornerback Jalen Ramsey), might make owners wary of putting Boyd in their starting lineups.