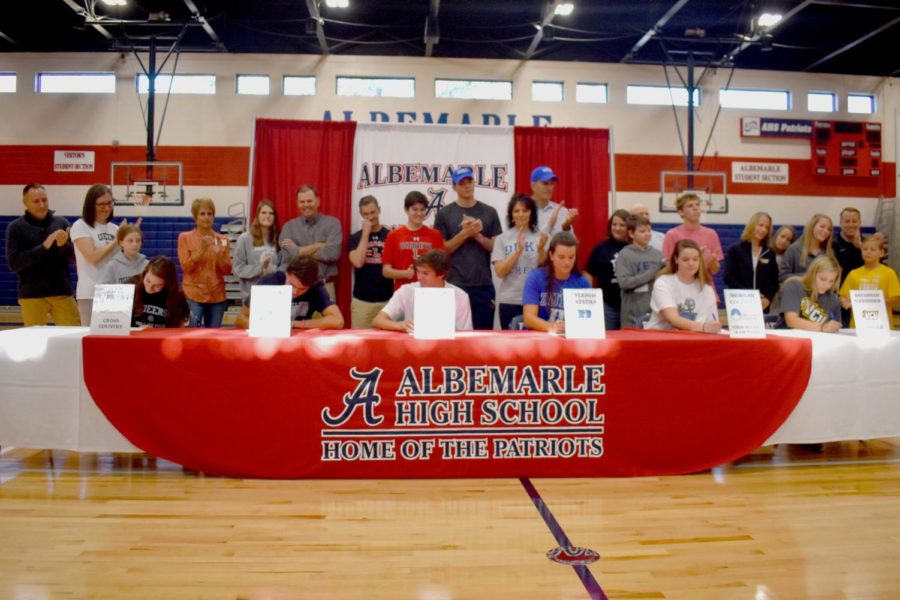 Seniors MeMe Zarzyski, Aidan Shell, Andrew Scanlon, Ryleigh Katstra, Morgan Coleman, and Savannah Alexander sign their letters of intent to be student athletes at a variety of Virginia and North Carolina schools. The athletic department hosted a signing ceremony and reception for the six seniors on Nov. 20. 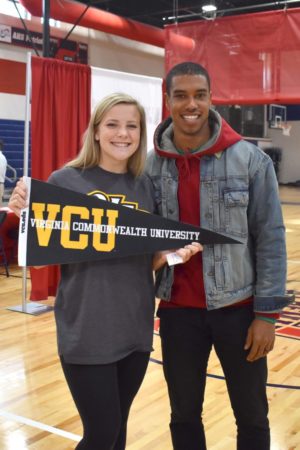 Senior Savannah Alexander and Price Thomas (AHS ’06) celebrate her commitment to play soccer at Virginia Commonwealth University. Alexander worked with Thomas at 5:30 a.m. training sessions over the past few years. She has been part of two State Champion girls soccer teams in her time at AHS. 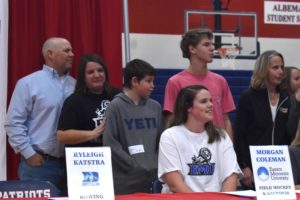 Senior Morgan Coleman, along with father Leif and mother Sarah, along with brothers Will and Carter listen as the other signees are introduced. Coleman has signed to play both field hockey and lacrosse at Eastern Mennonite University next year. 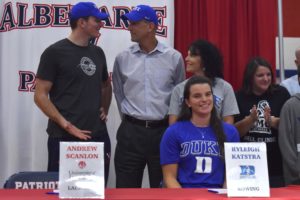 Senior Ryleigh Katstra, along with brother Austin (AHS ’17) and father Dirk and mother Michelle wait for all of the students to be introduced. Ryleigh has only been rowing since her sophomore year, but has won both State and National championships. She has committed to attend Duke University in the fall. 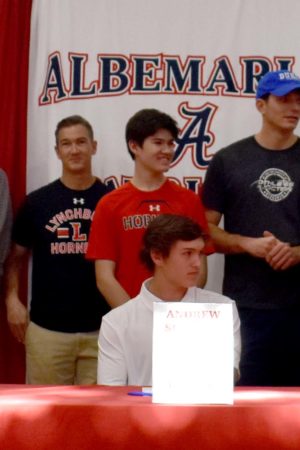 Senior Andrew Scanlon, along with father Bill and brother Mike, listen to lacrosse coach Dave King discuss Andrew’s career. Andrew has earned first team All Region, Region Player of the Year, first team All Central Virginia, first team All State, and is a U.S. Lacrosse All American. He will be a University of Lynchburg Hornet next year. 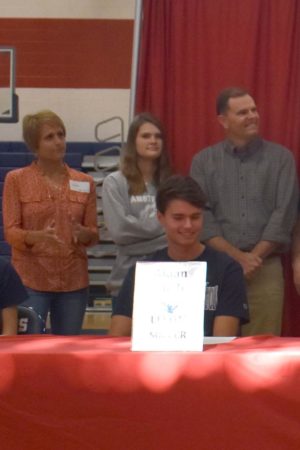 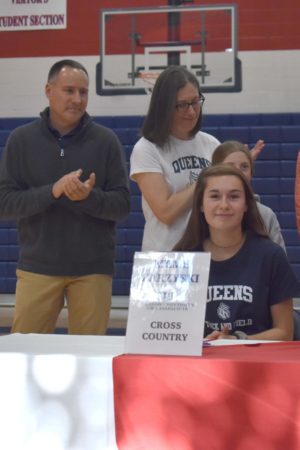 Senior MeMe Zarsyski, along with parents Ed and Melynda, applaud athletic director Deb Tyson as she introduces all of the student athletes. MeMe has been running for AHS since the eighth grade and helped the Girls Cross Country team to finish third at the State Meet on Nov. 16. Meme has signed with Queens College in North Carolina where she plans on majoring in nursing.