I live in Christchurch, New Zealand. I know, I still can’t believe it either. 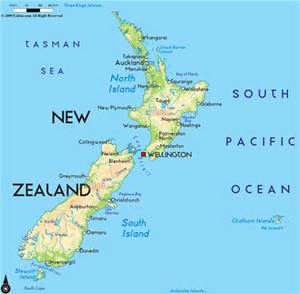 New Zealand is that tiny detached limb off the coast of Australia. The island is split into two parts, the North and South Islands. New Zealand was discovered about one thousand years ago, and the natives of the land are called the Maori people.

They speak the Maori language, which explains “Powhiri Ki Runga”, their way of saying “Welcome Aboard”.

The locals call themselves “Kiwi’s,” it’s used in the same context as a “Virginian.”

I still haven’t figured out why they chose “Kiwi’s,” but their national bird is also called a Kiwi, and that’s the best explanation I’ve come up with so far. 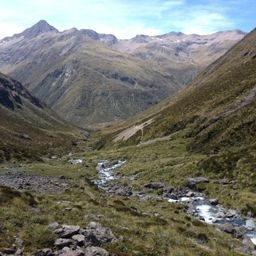 It’s a nice place, lots of mountains and wildlife. Definitely worth googling, and should be on everyone’s bucket list.

New Zealand is right on top of a tectonic plate boundary, so there’s lots of earthquakes.

In 2010, a huge earthquake hit Christchurch. Basically, most of the buildings were demolished and 118 people died. The community is still in the process of recovering and rebuilding all the buildings that were lost. 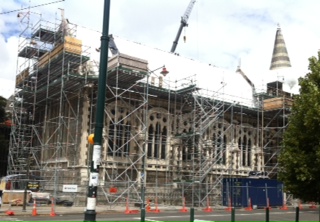 This is a church down the street from my apartment. It was so severely struck by the earthquake that the walls will collapse without the support system that was built around it.

The rest of the cities in New Zealand are focused on either tramping (hiking/backpacking) or attracting tourists to kayaking and paddle boarding.

I attend Christchurch Girls High School, it’s an all girls public school that is right across the park. Unfortunately, I’m forced to wear a uniform, something I’d honestly rather not been seen in, but I’ll talk more about that later.

In the meantime, welcome aboard my journey in this foreign country!