Fortnite: Save the World is totally worth the money 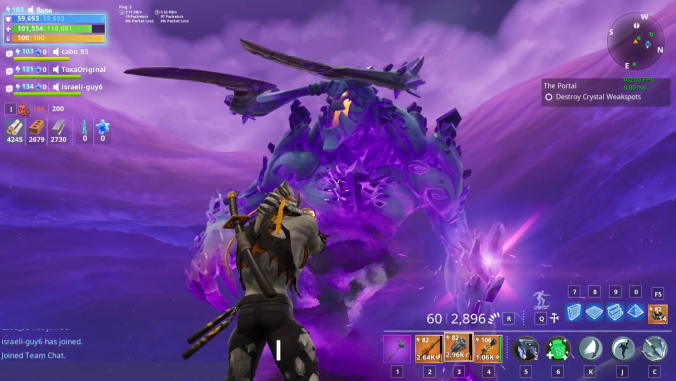 I’m sure you’ve heard of Fortnite. Everyone has. The game has absolutely exploded in the past year, and has managed to get  the game award for “Best Multiplayer Game” and “Best Ongoing Game” from the 2018 The Game Awards. However, when most people think of the game they think of Fortnite’s Battle Royale mode. But, what many don’t realize, is that Battle Royale is not the original mode of Fortnite. Fortnite: Save the World was the original, but has since turned into its lesser known, unloved child.

Fortnite was first announced in 2013, at the Spike Video Game Awards. For the next few years, Save the World was in development. But, when battle royale games were becoming popular, Fortnite figured they would try their hand at developing one. So, Fortnite: Battle Royale was “developed” in two months. In reality they used the guns, building mechanics, and traps they had created for Save the World and handpicked them for Battle Royale. A game that had been in development since 2011 suddenly became an almost entirely different game, all within two months.

But you may be thinking, “What’s wrong with Battle Royale? Why Save the World?”

First of all, Save the World is a lot different than Battle Royale. I’m not saying Battle Royale is a bad game; it’s fun, and I enjoy playing it myself. But Save the World feels a lot more rewarding to play. It’s a lot easier to measure your progress in the game. While there are ways to see how you’re progressing in Battle Royale, like kills and wins, they don’t feel the same.

Save the World has ways to grind materials, schematics, and heroes, all of which Battle Royale doesn’t. It feels very rewarding to spent time grinding for materials and experience and to finally get it, and level things up. While it is fun to get wins and kills in BR, it’s just not the same.

Schematics and heroes are also exciting to unlock; you can get them mainly from the item shop or llamas, so you can either grind for gold (gained from missions) or get V-Bucks to buy llamas with, and hope you have good luck.

Now, let’s go over some of the mechanics of the game.

Fortnite: Save the World is a PvE game, which involves farming materials and getting schematics of guns, swords, axes and other various weapons and increasing their level, and therefore their damage, to make them more powerful. You also work on acquiring heroes and leveling them up in a similar fashion.

Most of the quests involve something like ‘Find each of this item in this area of the map,’ and once you find said item it plays some dialogue from the characters. For example, there was a mission in Canny Valley where you had to find certain types of rocks, and every time you found a rock, one of the characters would make a rock pun, which was interesting. Click here for more detailed information about gameplay.

While Battle Royale is still a well-made game, Save the World is superior because of its grind-rewarding gameplay and exciting hero and weapon unlocking aspects. The building is also a large plus; being able to build big and fun forts to defend against waves of enemies is something I’m sure everyone has dreamed of doing in a game.