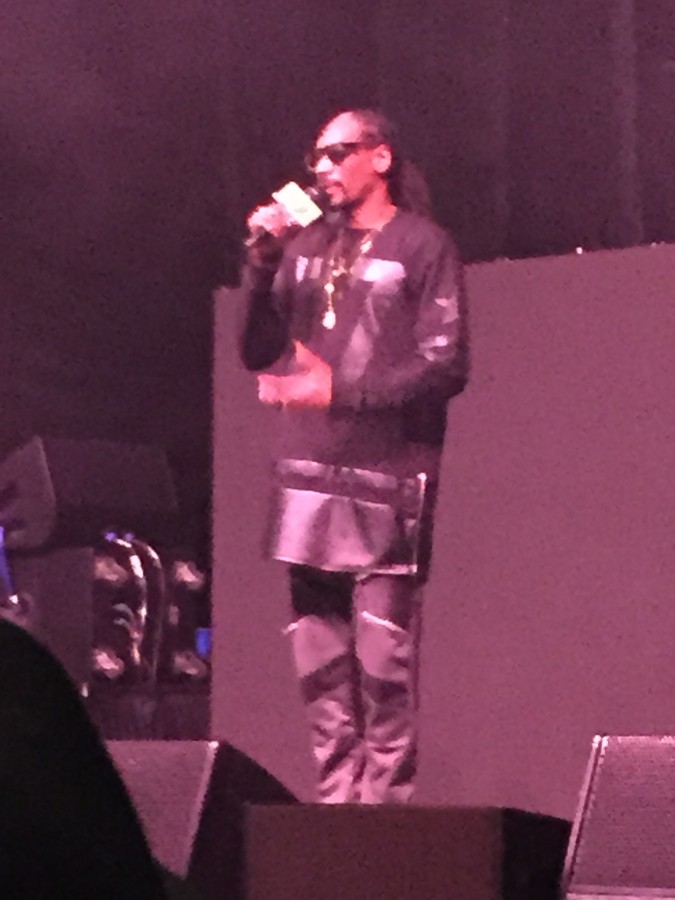 “Is anybody having a good time yet?” Snoop Dogg asked.

The crowd at the Ntelos Wireless Pavilion on April 15 responded with a cacophony of shrieks, whistles and wails after restlessly waiting more than two hours to hear the popular hip-hop artist.

DJ Nasty supposedly opened for Snoop Dogg; whereas I believe Snoop closed for DJ Nasty. DJ Nasty played remixed popular music for  ⅔ of the concert. Overall DJ Nasty was unimpressive other than one song, “Jump Around” by House of Pain.

As soon as the trumpets rang throughout the Pavilion the crowd screeched inciting a sudden pandemonium with bodies flying every direction. I clawed and elbowed trying to stay atop the pile of people ages 10 to 55. After the first hour of DJ Nasty, the crowd became restless.

Even though there were children as young as 10 years old, Snoop Dogg was not family-friendly. Before the long-awaited main event came on, many fans cried out slurs and curse words in the agony of anticipation.

After arriving, Snoop showcased his dog mascot, a man wearing a dog head that resembled Snoop’s iconic look. This mascot  pretended to smoke a plush blunt, humped an imaginary woman, and twirled around a very graphic four-foot-long plush phallus.

However, as a 16-year-old male, I loved the concert. Snoop played some of his classics such as “Drop It Like It’s Hot,” “I Wanna Love You” and “California Gurls” while he also branched out with the 1981 hit, “I Love Rock N’ Roll” by Joan Jett & The Blackhearts.

Snoop kept constant energy in his hour-long performance. As soon as DJ Nasty left the stage a surge of energy went pulsing from the grass of the Pavilion to the beginning of the stage, where thousands pushed to get as close to the rapper as possible. Snoop smoked two large blunts proudly on stage flaunting his pro-marijuana attitude.

Snoop played an array of music from his classic hit “Gin & Juice” to a more contemporary laid-back “Peaches N Cream.” Snoop’s music, new and old, blew the roof off of the Pavilion and sent tremors throughout downtown Charlottesville.

According to an NBC 29 report, “One Belmont neighbor says the music from the Snoop Dogg concert was so loud, that her house was shaking.”

Snoop’s earthshaking concert ended with the announcement of the next rapper to come to the Ntelos Wireless Pavilion, Wiz Khalifa. Khalifa will perform at the Pavilion on July 16.