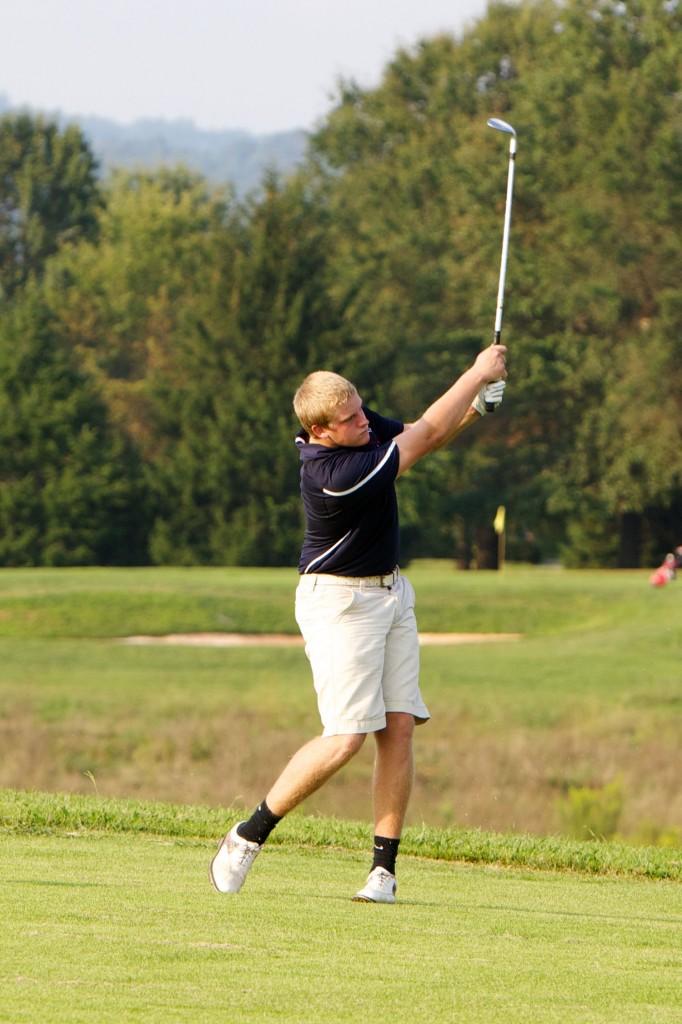 The AHS golf team is working to achieve par-fection in a season that started back in July. The season started off in their favor with wins against Monticello, and ties with both Western and William Monroe. The team placed second in Districts on Sept. 24th, with the majority of the players medaling between 73-87.  They also blew through Regionals on Oct. 1, earning 3rd place in the competition with a total score of 323, and allowing Caleb Martin and fellow senior co-captain Alex Simmons to qualify for the VHSL AAA State Golf Tournament on Oct. 8th and 9th at Red Wing Golf Course in Virginia Beach.

Throughout the season, the team worked hard to achieve their goal of reaching States. Their practice translated to success with their strong performance at Regionals. “It’s a good feeling. We’re doing better,” golf co-captain senior Caleb Martin said.

Even after their success at Districts and Regionals, the team remains “hard working and very dedicated,” according to golf coach Greg Maynard.

Maynard stated that the general outlook of the team was positive and generally modest, despite their achievements. “They’re a good bunch of guys,” Maynard said. “We’re a good team; we have the potential to be a great team.”

The golfing season, as far as competition goes, starts earlier than any other sport, making it necessary for players attend practices over the summer break. “It’s hard to start before everyone else, but it’s good for the golfers,” Maynard said.

The major issue the team worked on overcoming was attempting to stabilize scores and prevent inconsistency, a problem that Maynard recognizes as their largest setback. Working to steady their scores and bring it every time is the team’s main focus.

“We have some good individual scores, but our weakness is our inconsistency.”

Bringing their A-Game is what it will take to defeat the team’s main competitors Riverbend and EC Glass. In the past, these teams have posed a large threat to Albemarle with neck-and-neck scores. “I can’t wait to kick Riverbend’s tail,” Simmons said. AHS has successfully beaten EC Glass 146-159, but have yet to defeat Riverbend, making it a major goal for the upcoming state tournament.

The team placed 1st through 3rd in six out of their eight competitions, with total scores between 476-309 each time. During matches, scores varied between 146-154. “A season highlight this year was breaking 150 as a team,” Simmons said.

Martin was also impressed at their low scores. “We’ve been beating teams we haven’t before.”

The winning streak has left players with a good feeling and a positive outlook on the upcoming state tournament. “It’s always nice to go into a match knowing you did well on the previous one,” junior Hunter Brown said.

As far as strengths go, the team stated that their bonding was at an all-time high. “We get along. We always have a good time,” Martin said. Both Maynard and Brown said the team gets along very well and shows excellent tolerance and understanding of one another.

The team bonded through every day activities such as “riding to away matches in the mini van with Coach listening to that country music,” Simmons said.

The team unanimously stated that Maynard has taught them one important lesson: Never give up.

And they haven’t. The team charges on with clubs in hand and green pastures ahead.