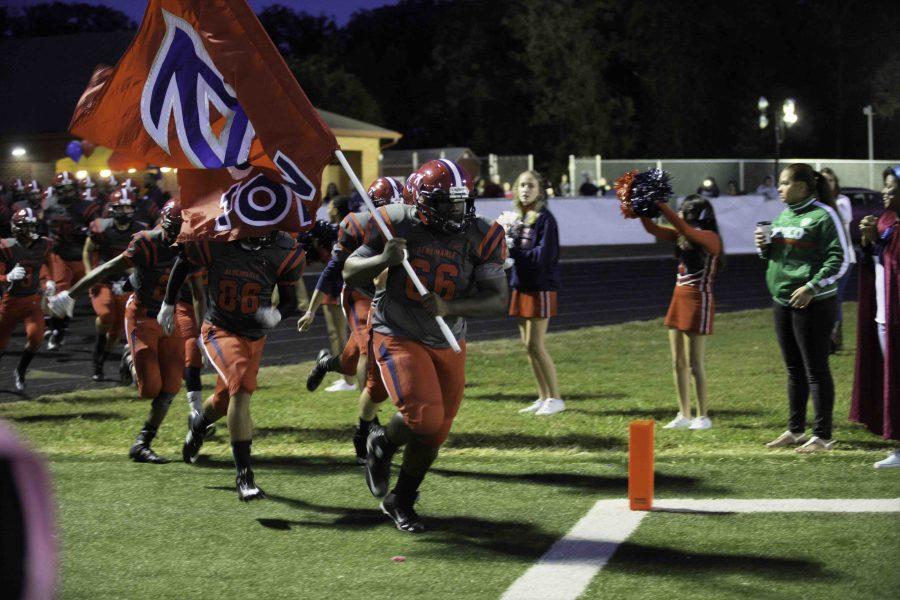 The Football Team pushed boundaries in the 2016 season that no one saw coming. Led by third year coach, Brandon Isaiah the team finished 8-2 and made it into the second round of playoffs.

The team made it farther in the playoffs than they did last year which was one of their goals. “Making it that far just felt great,” senior running back, Jamal Thompson said.

Over the summer, the team trained together a lot. “During off season we practiced a lot more, we went up to UVA and ran hills and we came together as a team,” Thompson said.

Coach Isaiah changed many training techniques from last year to bring the players to their full potential. “He has been a big factor, so he is changing my game overall,” junior quarterback Jaquan Anderson said.

The team approached every game they played as if it were their last game, according to Anderson.

Isaiah plans to continue the tough off-season conditioning to improve for next year.

“As a program we have to get stronger and continue to find ways to transition underclassmen to the varsity level. We will also work on small things like starting workouts and practices on time to help be more efficient,” Isaiah said.

Though the team didn’t take the state title, they are very happy about their regular season and accomplished some team goals. “Our goal was to be the best team in the area at the end of the season, and we were able to do that as well as win our first district title. Isaiah said, “We were also able to win all three of our rivalry games against MHS, CHS, and WAHS so we feel really good.”

The team ended their season in the playoffs against Potomac Falls on Nov. 17. “We competed very well and I am very proud of my team,” Isaiah said.