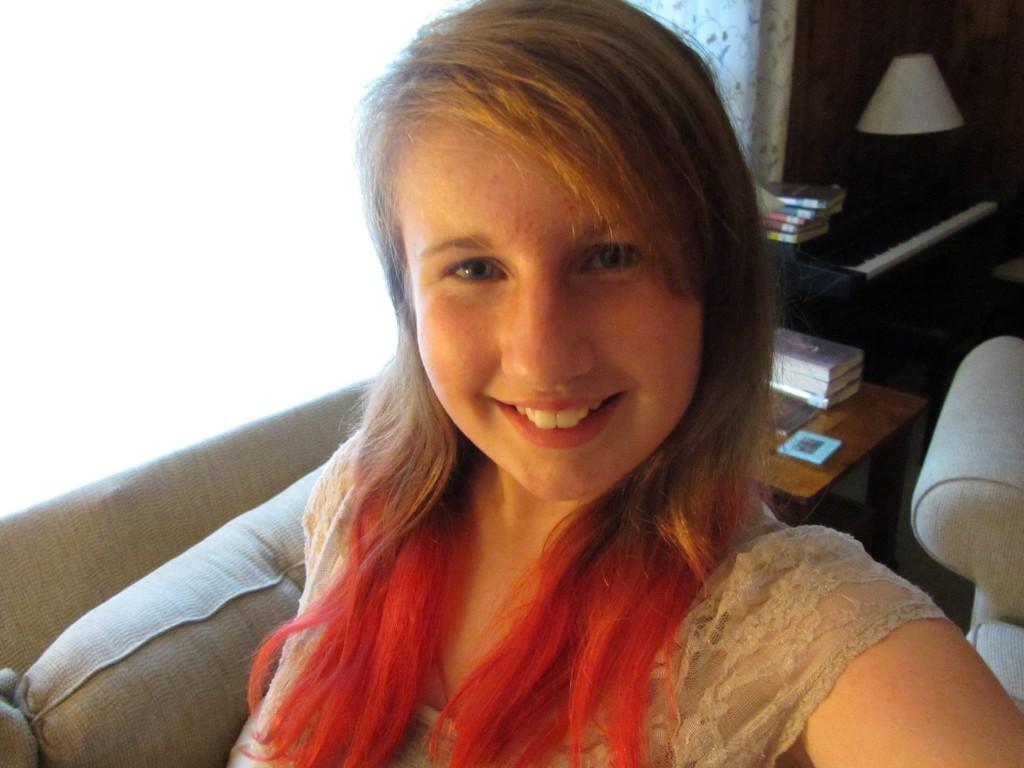 Gallery|2 Photos
Freshman Laura Hudgins had her hair dyed professionally rather than use Kool-Aid.

A relatively new and experimental art that drowned the AHS student body in its colorful flair and secret fruity deliciousness this summer was do-it-yourself dip-dying with Kool-Aid. Students all over school have recognized it as the new hair feather.

Dip-dying exploded after Lauren Conrad posted it on her beauty blog thebeautydepartment.com, showing off her rainbows tips. From there, it reached Pinterest, making it known to girls all over the US and beyond. Girls of all ages fell in love with the flashy new trend.

“I wanted something different,” sophomore Lucy Vickery said. Vickery decided to give her locks a splash of red over Spring Break. “I don’t regret it. It was a good change.”

It’s a simple three-step process: buy Kool-Aid, boil one cup of water, and dip your hair into the cup for 15-30 minutes for best results.

“Use a dark color,” said Maggy Comberg, a freshman who decided to flaunt the look with a unique spin, taking her red hair and giving the ends a purple twist. The winning hue has proven to be red as it shows up in most hair colors, with purple in close second.

While Conrad suggested a salon-method, girls found it easier to simply dip hair in hot Kool-Aid, no bleach or foil required; additionally, Charlottesville salon prices for a simple dye can range anywhere from $30-$80 depending on where you go.

“It starts to look ratchet [terrible] after a while,” said sophomore Emily Govoruhk who also sports red tips, the most common color among AHS students. Govoruhk stated that she experimented with the look because “I thought I’d look cool.”

Dip-dye is not permanent. Its duration depends on the density of the Kool-Aid and water mixture, how long it has been submerged, what shade was used and the original color of the hair it’s being used on. Dip-dye typically stays in longer for those with lighter hair, however blondes tend to pick colors more out of the cool color family such as purples and blues, while most redheads opt for purple.

Many girls felt the urge to express that summer act of subtle rebellion just before the school year began. Comberg pointed out that, “It was summer and it didn’t really matter if it was ugly.”

The trend has slowly circulated out of popularity as the colder months start approaching, but it wouldn’t be surprising if the trend made a full 360 by this coming spring as fashion begins to heat up.