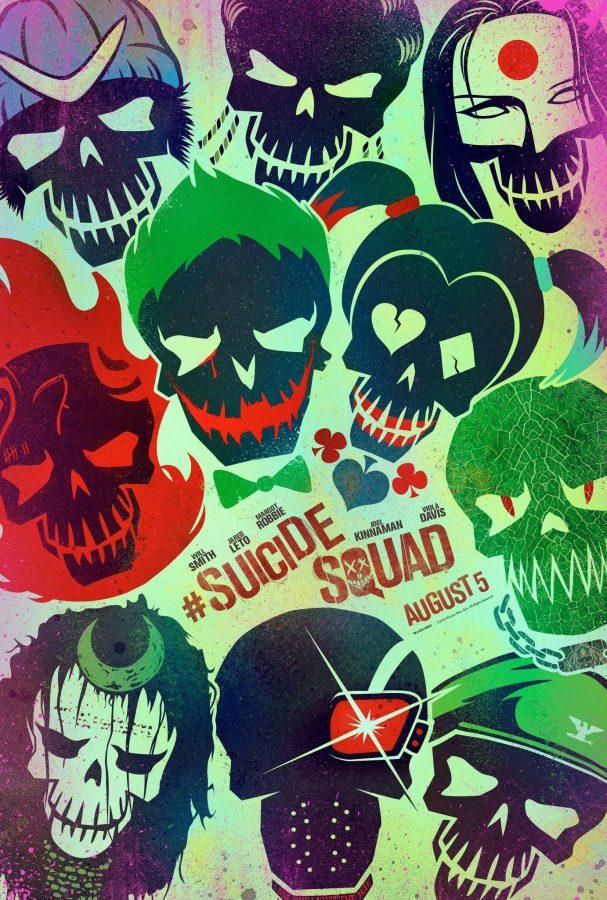 The pacing is nonexistent, most major characters had no development and it was impossible to become invested in the story at all. However, Harley Quinn was in it and thankfully stole the show, giving it back three stars.

Suicide Squad follows a government-supervised team of DC Comics villains who are out to do some good for a change. The team is made up of eight major characters, but you’ll only care about two: Harley Quinn (Margot Robbie) and Deadshot (Will Smith).

The pacing of this movie was out of control. Every scene was intense, every line was stressed and there was no time to take in what had already happened so far. This left no room to develop or even introduce characters like Captain Boomerang (Jai Courtney) or Killer Croc (Adewale Akinnuoye-Agbaje).

Maybe that’s why the writers gave no attention to the character aspect of the movie – there was simply no time. Many seemingly important characters were only given a handful of lines while certain minor characters were given entire scenes to themselves (Cough, JOKER, cough).

There was also apparently no time for emotion or relationships in this movie. The closest you’ll get is witty banter tossed between characters during fight scenes.

(MINOR SPOILERS) At some point in the movie, everyone in the group becomes friends and forms an unbreakable bond that carries them through Act 3. We never see this happen, of course; the writers didn’t think emotions were important enough to include.

During the final face-off, I was half-asleep with apathy for these characters I didn’t know and a plot that had been shoved down my throat. But it was all worth it for Harley Quinn, who carried the movie.

Robbie portrayed Harley as both sinister and childlike that added a spark to every scene she was in. I’m not exaggerating when I say that without her, this movie would have gotten zero stars.

Her character was paired with Deadshot, the only other developed, decently funny character in the movie. Deadshot lead several scenes with flashbacks to his past while maintaining an internal conflict. Together they formed a reason to go see it in theaters.

The only other upside to this movie was its soundtrack, which included tracks by twenty one pilots, Imagine Dragons, Panic! at the Disco and Skrillex. So at least you got a few new releases from everyone’s favorite bands.

If you’re a Harley Quinn fan, definitely see this movie when it comes out on Aug. 5; you might even pay to see it again. Otherwise, you should probably wait until you can rent it.