Your guide to the breezeway: know your place! 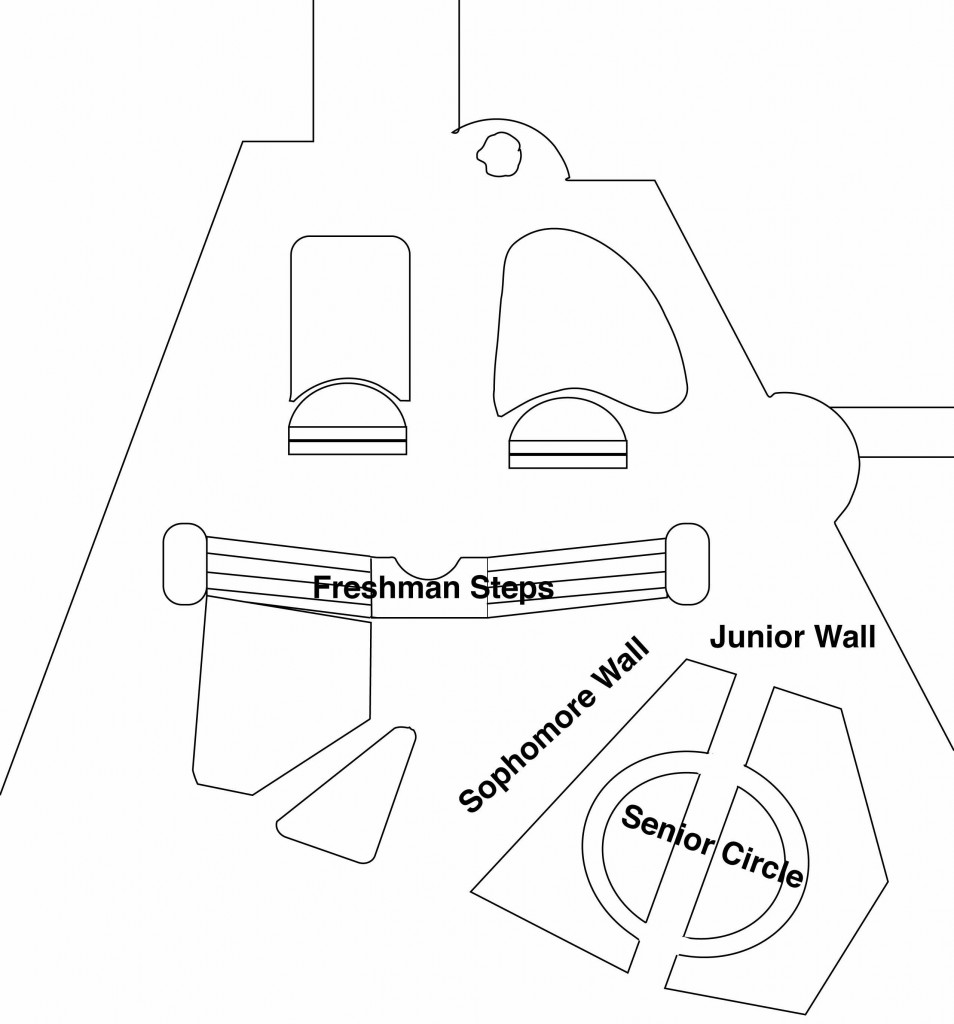 The breezeway is a cherished part of student life at AHS. It’s those seven minutes between classes that we all look forward to for chatting up with friends and catching up on all the latest. Although the breezeway has its fun, it can be a little chaotic with the entire school standing in it.

As you know, the breezeway is unofficially sectioned off by class. Freshmen have the stairs, sophomores have the wall, and then there is the whatever-you-want-to-call-it-awkward-standing-area section for the juniors. To the side lies the Senior Circle, the sacred area for the graduating class. Though students expect each other to stand in their designated areas, not everyone wants to follow the rules. However, it is somewhat of a tradition to stand where your class is. Not only that, but without order, the breezeway is a mess.

The junior section is particularly awkward. Instead of the wide spaces that the other classes have, the juniors are left with an amoeba-like area in the middle of a walkway, stuck between the Senior Circle and the library wall. As a result, juniors are crammed against the wall and passersby struggle to use their backpacks as protective turtle shells as they bore through the crowd.

Though walking past the junior wall is the breezeway’s most difficult task, all students face the trials of making it to class on time after going through the breezeway.

After a series of spirited and somewhat angry conversations, the Revolution Staff discovered the root of this problem: students who refuse to stand in their proper place.

If you are a freshman, stop trying to impress your peers by standing and hanging out in the junior area or senior circle. You don’t look cool. You’re taking up space that belongs to upperclassmen.

Sophomores and juniors, please leave space for the non-breezeway savvy and administrators to walk through. We understand that you were relegated to the worst spots in the breezeway, but that’s not an excuse to take out your anger on innocent passersby. Think of your two years of annoyances as the price you pay to be admitted to the Senior Circle later on.

You don’t see seniors chilling with underclassmen on the steps, do you? No, because they understand the importance of knowing where you stand in the breezeway. Underclassmen, look to your seniors and follow their lead.

When students stand in the correct places, the breezeway is a lot more fun for everyone.

Your guide to the breezeway: know your place!