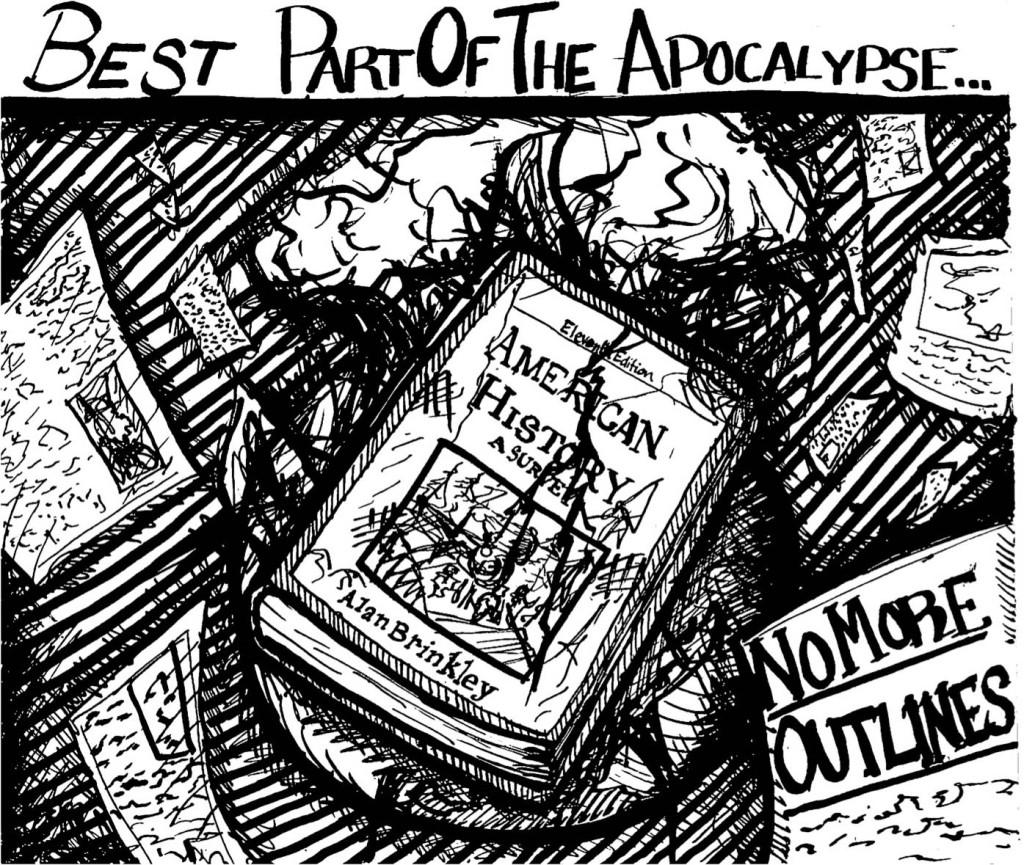 The proof is out. The Mayan calendar famous solely for its apocalyptic-ness is wrong. The Mayans incorrectly predicted the end of the world several times, and the truth actually lies in another of their calendars that gives us a few thousand more years before a meteor destroys human life and the dinosaurs retake the planet.

With all the hysteria concerning an imminent nuclear war, zombie invasion or a combination of the two, it’s easy for one to get caught up in the end of the world frenzy. But just take a minute to think about what the apocalypse really means. If the world happens to end this week, students will have spent the majority of their lives stuck in school.

For seniors, that’s about 2,340 days of institutionalization, including kindergarten. This is an incredibly depressing number. Do you really want the world to end while you still have a legal curfew? While you still have to beg someone to sign a pass just so that you can go to the bathroom?

No one should have to spend approximately 35 percent of his or her lives in school. Think of everything that you would never experience if the universe did come to an end right now. The Twilight Saga could be the last book that you ever read.  You would never get the chance to travel to China and hold a baby panda. All those hours of outlining that you only forced yourself to do because you wanted to get into a good college will have been fruitless. So you see, believing in the apocalypse is essentially giving up on the awesome parts of your future.

So, come December 21, when the sun continues to rise and set as it has been doing for the past several thousand years, sit back and be glad that the world didn’t really end. Move on to the next not-really-the-apocalypse-apocalypse: midterms.

The Revolution staff suggests joining a snow cult and sacrificing ice cubes to the snow gods to bring two feet of snow to Charlottesville during exam week.