A wave of Silicon Valley companies are riding into the area with plans to disrupt the local transportation scene. 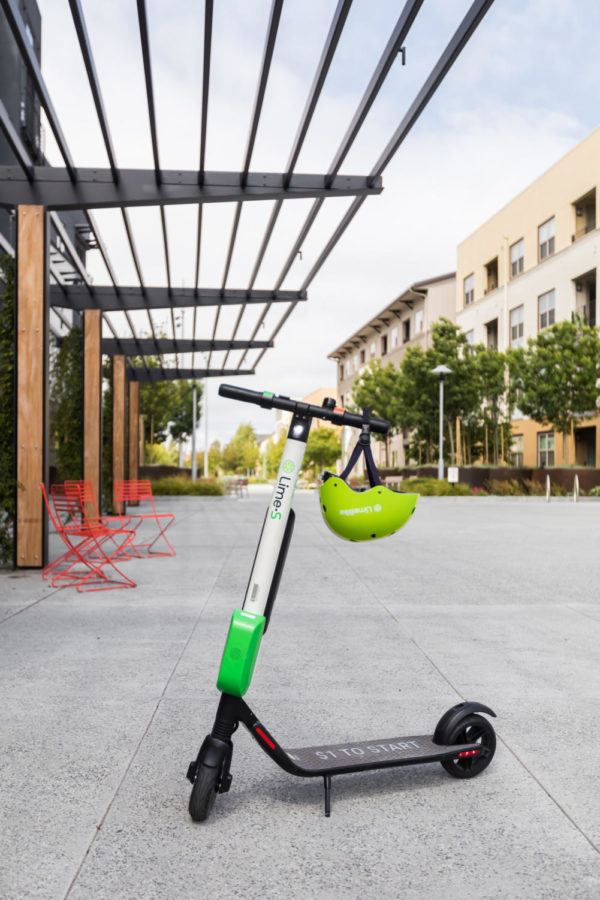 If you’ve been driving around downtown as of late, you may have noticed a smattering of green scooters and bikes on sidewalks. Stick around long enough, and you’ll probably spot someone zipping around on one.

This new sight is attributed to the California-based company Lime, who brought in 200 electric scooters and 50 electric bikes to Charlottesville on Dec. 10. Both modes of transportation cost $1 to unlock and are 15 cents per minute. Additionally, you can use a referral code to get your first three unlocks for free.

Bird, another Golden State brainchild, is also making local inroads with its scooter-centric company. It offers the same pricing and design as Lime, however it doesn’t offer a bike option. There are also a few aesthetic pluses and minuses, for example the lack of Lime’s handy speedometer but the addition of some colorful LEDs on the bottom of the scooters. Officially, the company launched on Jan. 12.

Both companies make it easy to find a device, since they are GPS equipped and show up on a map on the app. Also, a fully charged scooter has a range of 20 miles, good for a full day of being out and about.

There are a few rules around the scooters, including the strong suggestion that riders should wear a helmet; however, it is rare to actually see anyone following this recommendation.

After riding, the user should park their rental out of the way of pedestrians and not in flow of traffic, proving this with a picture of your parking job that the app verifies.

In terms of the actual ride, the Lime scooter is a genuinely fun time. The company states that they have a max speed of 14.8 mph. Going downhill, you can hit upwards of 20mph (which is displayed on the speedometer in the center of the handlebars).

They also do a good job when going uphill, keeping a solid speed with its 240 watt battery. It’s easy to spend an hour or so zooming around town with friends and when you’re done you’ll probably want to do it again.

The scooters are a pretty good deal for the amount of fun they offer. In terms of pricing, you could spend an hour and a half on a scooter for about the same price as a movie ticket at Violet Crown.

Additionally, those who qualify for  free and reduced lunch (or any other government assistance program) can get a 50% reduction on ride costs with the Lime Access program.

If you need a payment option outside of the usual credit card setup, one option is a PayNearMe account, where you can put money on your Lime account. This can be done at any local 7-11 or CVS.

Most scooters and bikes can be found near UVA or Downtown, but occasionally they can be found within a few blocks of AHS.

Both apps can be found on Apple and Android platforms.