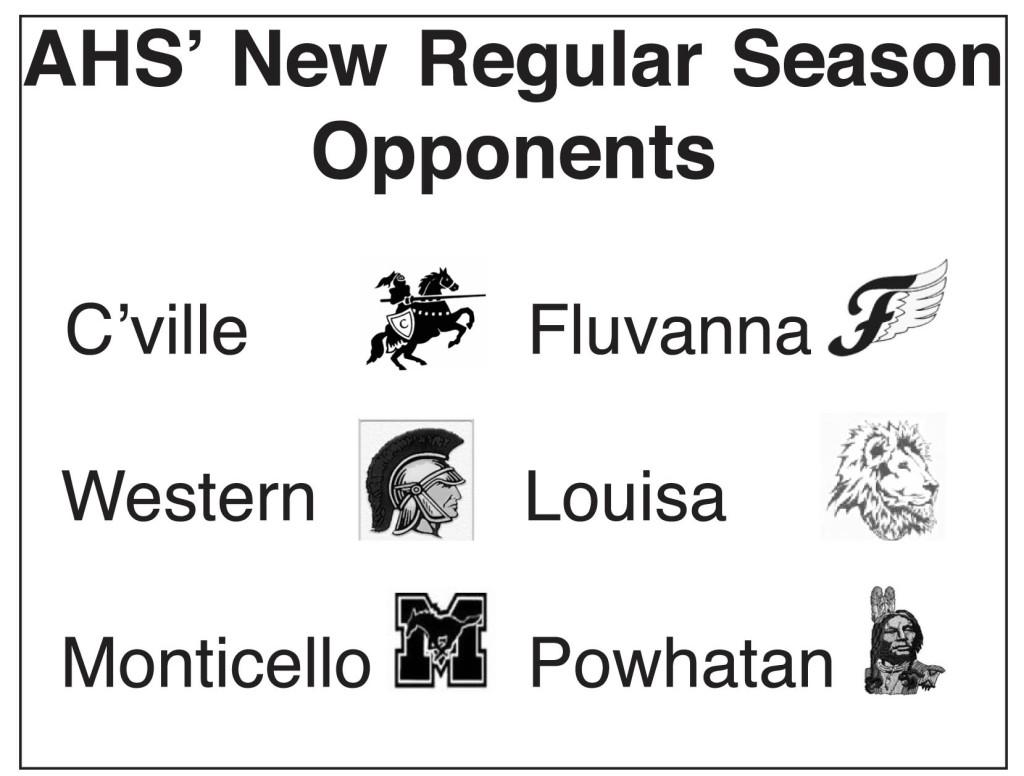 Competitive teams at AHS will experience a change next year that has nothing to do with new uniforms or practice schedules: the new VHSL postseason system.

The system will be put into play next fall. The new system will only affect postseason competition and will apply to theater troupes, academic teams and all sports excluding football, AHS teams will still get the chance to compete against schools like Charlottesville, Monticello and Western Albemarle, but will no longer play teams such as Colonial Forge, Mountain View and Stafford during regular season.

Here’s how it works: the new setup, voted on in a 23-3 majority by VHSL Executive Committee on Sept. 19, splits the state into 24 sections. These regions are classified by both a class, from 1A to 6A, and one of four subcategories: North, South, East or West. Albemarle will be in class 5A North.

The class A that a school is in will still be determined by the size of the competing team. The main change is that because of the added classes, there will be six state champions instead of three.

“Districts” will no longer exist; instead, schools will compete against schools in their new class in competitions that the Committee has named “Conferences.” Each region will hold four conferences between different schools, and will then choose two teams from each conference to compete in the State Playoffs. For the sport of football, there will be no conference tournaments. Instead, schools will compete in a 32-team tournament for each of the six classes to determine their state champions.

Another switch that may affect the rivals of AHS teams is redistricting. Because of the new system, Albemarle and Orange County will join the six current Jefferson District teams: Charlottesville, Fluvanna, Louisa, Monticello, Powhatan and Western Albemarle. AHS will be the only 5A team within the District.

Athletic Director Deb Tyson considers the system to be a positive change for sports teams.

“My reaction is very positive. Our students and coaches and parents have been traveling tremendously for as long as I can remember in a district that was two hours one way,” Tyson said. “Our kids were having to experience early dismissals from school as early as 1:00 pm in the afternoon and [would] get back at midnight.”

Tyson hopes that this change will increase how much time student athletes will have to complete their homework as well as take them out of school less.

Although the amount of times the school will have to travel will decrease due to the change, the teams might to travel farther to participate in playoff games against certain opponents. For example, Albemarle teams will have to travel two hours and twenty-three minutes to get to Halifax.

Some AHS activities that compete at VHSL but do not compete regularly, such as the Albemarle Players, also feel that this new system will cause problems during their VHSL competition.

Drama teacher Fay Cunningham is worried about the repercussions that the extreme travel will have on students involved in specific activities.

The new system will add three more schools to the nine that now compete, subsequently adding an hour and thirty-five minutes of performance time to the event. The competition currently only takes place until 7:30 p.m., but the increase in competing schools will extend this to around 9:05 p.m. Add in the travel time, and students will return to Albemarle sometime around midnight.

The way the conferences have divvied up the schools has also influenced some people’s opinions on the new system. While the others schools in 5A will be competing in larger groups, Albemarle will compete against just three other schools, Orange, Patrick Henry Ashland and Halifax, in Conference 16, making the school’s chances of advancing to playoffs higher than in the past. This also means there will be more state championships to win.

“The new system is really bad because we will play easy teams in a normal season and then go to Districts unprepared and get slaughtered,” senior Kathlynn Lewis, who plays for AHS Varsity field hockey, said.

Some students feel differently, however.

“I feel that [next year’s system] will make it easier for us to come out on top [in Districts], and I like that we won’t have to play the same teams multiple times to advance,” Junior soccer player Zeina Doukan said.

For more information about next year’s plan, feel free to visit Ms. Tyson in the Athletic Office or the VHSL website: http://www.vhsl.org. 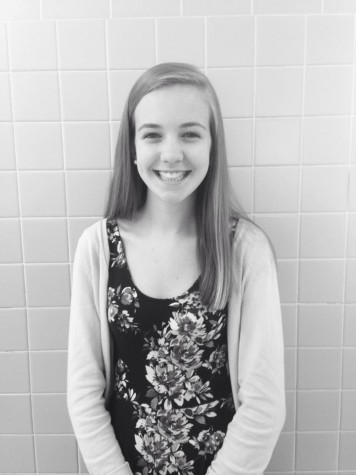