“Call me Award Winning Director Tim Schauer when you quote me.”

Junior Tim Schauer won the “Action! HS Director Competition” along with $1000 in the Virginia Film Festival for his movie “Production Values.”

In this short film, Schauer plays an unnamed character in a movie who discovers that he is not a real person living an ordinary life, but is instead a character in some one else’s stories. A mysterious man threatens Schauer’s character into creating a new story. Schauer goes into the details of what people like to see and what he might include in this story. The character wakes up to find that it was only a dream. The ending is left deliberately ambiguous so viewers can make their own conclusions.

Schauer first found out about the competition online last summer and used the skills he learned from making advertisements for Hoops for Habitat and Stop Hunger Now and movies for the school to start making the video. He spent the summer trying to think of an idea and didn’t get any help or advice from adults.

“Basically, I spent a long time this summer thinking of ‘what’s a good idea for a video’ and then the week before it was due I just said something along the lines of, ‘forget it, I’ll just make something really crazy,’” Schuaer said. “ [I]wrote it mostly on that Saturday and then filmed it the next day with the help of [sophomore] Jacob Bear, and I figured out what the beginning and ending should be while filming.”

Though written and filmed mostly last minute, the judges were impressed with the film’s creativity. Jane Freeman, the Virginia Film Festival’s Community Outreach and Education Coordinator, said, “Tim’s film was selected for its craftsmanship and its unique approach to the art of filmmaking.  The committee was impressed with his use of camera angles and the communication of a message.  The film was cohesive, creative, and clever.”

On Nov. 3, Schauer’s film honored again by being screened at the Paramount before one of the main attractions, “Silver Linings Playbook.”

Librarian Betsy Bloom attended the screening and thought the film was “very intriguing and provocative.”

When Schauer went to receive his award “he seemed pretty calm and the audience responded pretty well,” Bloom said.

For Schauer, however, the experience felt different. He had been working on the “Adrenaline Film Project” for the past three days straight and was worn out by the time of the screening.

“When I went to the screening of Production Values, I was very tired,” Schauer said. “Also, you know how when you listen to your own voice it sounds weird and you’re like ‘do I really sound like that?’ After watching about 30 seconds of my movie, I couldn’t take it so I just walked out and went to the bathroom. The Paramount has very nice bathrooms. I’d say easily 4/5 star bathrooms. Excellent flush pressure.”

Schauer followed up “Production Values” by participating in the “Adrenaline Film Project.” Participants were put into teams and assigned a genre, a line, and a prop they had to use in the film. Schauer received the line, “there’s a silver lining,” and aluminum foil as a prop. On Wednesday Oct 31, Schauer and group members had to come up with an idea and write the lines. Then Thursday, they cast the actors and filmed until Friday. They edited the scenes that night. On Saturday it was screened with all the other films and a winner is still being determined.

Schuaer’s film, “Lawn & Order,” describes the daily battles between a man who carefully tends his yard and a bratty ten-year-old boy who loves to destroy the man’s lawn. As each day passes the man gets increasingly desperate to protect his yard. Dog-stealing and wire-tripping hijinks follow.

Schauer likes filmmaking, in short, because it gives him the opportunity to share his inspiration and passion with others.

“I’m left with something that I can always go back and look at and share with people and enjoy forever,” Schauer said.

The movie is called “Lawn & Order” and is about a father who loves his lawn, maybe a little more than his daughter. “The Smug Kid” in the neighborhood is set to destroy the father’s lawn, however, he comes us with a scheme to make the boy stop that only ends up in more lawn destruction. In the end the daughter is the one who ends the kid’s reign of destruction.

Despite Schauer’s newfound fame and large sum of prize money, AHS’s award-winning director has no special plans for his riches. He does, however, think he will compete in next year’s competition.

“If I put in advance a lot of thought, time, and preparation into making a video, I could make something pretty good I bet. But more realistically, I’ll probably wait until the last minute again to do something and at that point my chances of winning are much less,” Schauer explained.
That is as far as he is willing to think ahead at this point. “I don’t like to think too far ahead. I like to take it each day at a time,” Schauer said. 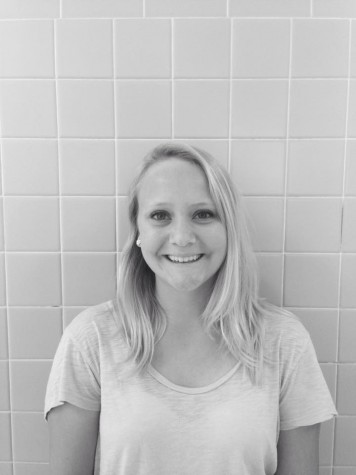